The Story of Red Fife 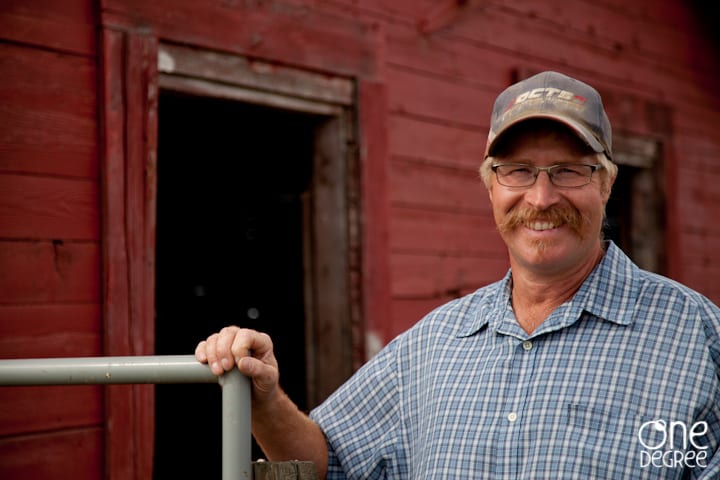 As One Degree fans know, the most flavorful seasoning for any really memorable meal is a good story. Red Fife wheat has more than one — a history, a legend and some delicious kernels of truth sprouting in between.

What we know for sure is that One Degree’s Red Fife, grown by farmer Bernie Ehnes in southern Alberta, is derived from the Keremeos strain that was brought to Canada from Scotland 170 years ago. Discovering how it crossed the Atlantic takes some historical sleuthing, or a vivid imagination.

According to the Canadian Encyclopedia: “Red Fife is Canada’s oldest wheat. One legend states that a load of wheat grown in Ukraine was on a ship in the Glasgow harbour. A friend of Farmer Fife dropped his hat into the red-coloured wheat, collecting a few seeds in the hatband, which he then shipped off to Farmer Fife. The wheat grew. The family cow managed to eat all the wheat heads except for one, which Mrs. Fife salvaged. This was the beginning of Red Fife wheat in Canada.”

Red Fife ruled the Canadian prairie for 40 years, until new varieties were introduced at the end of the nineteenth century. It took another turn of the century for farmers, bakers and consumers to begin thinking again about the long-lost flavors and textures of this storied heritage grain. Recent articles in Canada’s National Post are examples of this reawakening.

Chronicling the Red Fife phenomenon, the Post’s Jennifer Sygo writes: “Red Fife is typically prepared as a stone-milled whole wheat, which means that not only retains the nutritionally mediocre endosperm that is found in refined grains, but also the bran and germ, the parts of the wheat where much of the fibre, B vitamins, minerals, and phytochemicals — plant-based compounds that are thought to have disease-fighting properties — are found, along with roughly one-quarter of the protein content.

“Red Fife also attracts a certain amount of attention because it is said to possess a lower gluten content than most modern varieties of wheat. Gluten, a storage protein found in wheat, barley and rye, as well as their derivatives, must be strictly avoided by those with celiac disease, but can also trigger fatigue and digestive issues for those with a more recently defined condition known as non-celiac gluten sensitivity.”

An earlier Post piece notes that Red Fife has been “eagerly snapped up by leading chefs, such as Toronto’s Jamie Kennedy, bakeries, such as Kingston’s Pan Chancho, and gourmet food companies, such as Evelyn’s Crackers. When Kennedy organized an organic dinner for Prince Charles at Toronto’s Brickworks, he asked [Ontario farmer Patricia] Hastings to attend and to contribute her [Red Fife] flour. Prince Charles was so taken with the heritage wheat with a Scottish connection, he took some bags home.

“Since then, when members of his family, such as the Queen or William and Kate, have visited Canada, Hastings has been called to deliver flour to Rideau Hall. But it’s not just royalty. The public is catching Red Fife fever, too.”