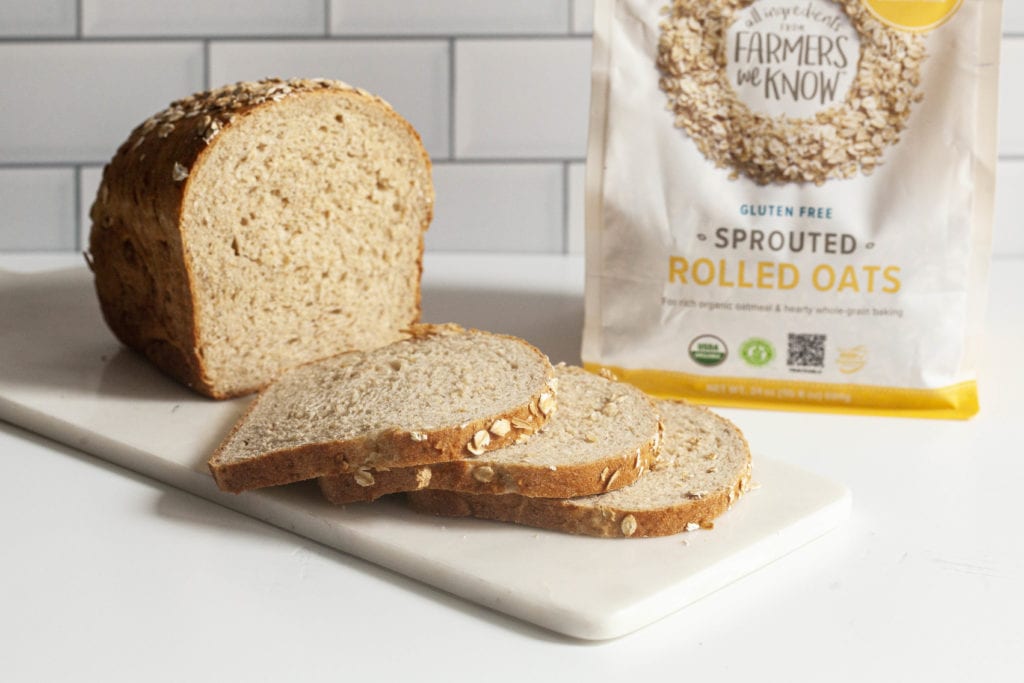 In the last few weeks, I’ve been wondering what kind of recipes would be most helpful to readers. When I posed the question in Instagram stories, I got an overwhelming amount of excitement about homemade bread recipes.

Bread baking is one of my passions, but I still think of myself as a student, rather than an expert who’s in a position to share. Everything I know, I’ve learned from reading other people’s books, and it’s still rare that I come up with recipes of my own.
Does this make me a good person to write about bread, or a totally unqualified one? Maybe both. 🙂 On the one hand, I learn about making bread every single time I do it, and I’m never totally sure my experiments will turn out (they often don’t!). On the other hand, it can be nice to learn from peers, rather than pros. And if nothing else, I’m so passionate about homemade bread that it’s starting to feel ridiculous not to share. 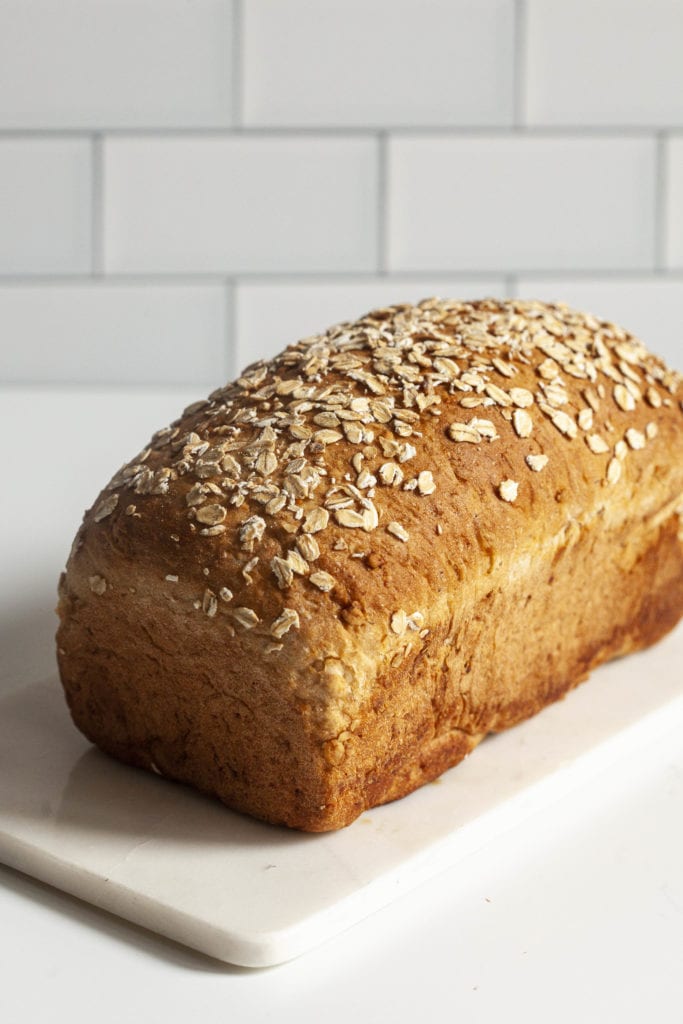 With all of that said, I’ve got a lovely, simple homemade bread recipe for you this week: maple oatmeal bread. Made especially tender and wholesome with Sprouted Rolled Oats from One Degree Organics.

In a large mixing bowl, whisk together your oats, flours, yeast, and salt.

In a small saucepan, melt the butter. Stir in the milk, maple syrup, and water. Heat on a low flame until the mixture is just warm (you should be able to put a pinkie finger in and have it feel warm but not painful or hot to the touch; for those of you with a probe thermometer, 85-110 degrees F).

Add the liquid mixture to the bread. Use a spatula to mix everything into a sticky dough. Turn the dough out onto a lightly floured surface and knead for 10-12 minutes, or until the bread is springy, firm, has a good amount of stretch, and is relatively smooth. Alternately, you can mix the dough in the bowl of a stand mixer and then use the hook attachment to knead the bread on high for 5-6 minutes, aiming for the same result.

Transfer the bread dough to an oiled bowl. Cover it with a damp cloth. Allow the bread to rise for 1 hour, or until about doubled in size (this may take 45 minutes or up to 75 minutes, depending on the temperature of your home).

Transfer the dough to a lightly oiled surface. Shape it into a rectangle that’s about 9” x 13”, with a short end facing you. Starting at the top edge, roll the dough into a log about 4” x 8”. Gently tuck the ends in and make sure the seam of the bread is underneath the roll. Gently transfer the roll to a greased 8 ½” x 4 ½” loaf pan.

Proof the bread by allowing it to rise, uncovered, for another 30-60 minutes, until it has risen about 1 ½” inches above the edge of your loaf pan. About 15 minutes after the bread begins this second rise, preheat your oven to 350 degrees F.

When the second rise is finished, mix the non-dairy milk and maple syrup for topping in a small bowl. Brush this mixture (a vegan egg wash) over the bread. Sprinkle the bread with rolled oats.

Bake the bread for 20 minutes. Rotate the loaf pan in the oven so that the bread bakes evenly. Return it to the oven for another 15-20 minutes, or until the whole top is a deep golden brown.

Using oven mitts, carefully remove the bread from the loaf pan. Allow it to cool on a cooling rack for at least 2-3 hours, or until fully cooled, before slicing and enjoying!

*If you’re using regular yeast rather than instant, don’t add your yeast to the dry ingredients. Instead, add the yeast to the warm liquid after mixing it in the saucepan. When the mixture has gotten foamy (5-10 minutes), proceed with the instructions! 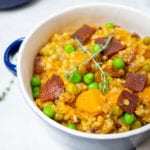 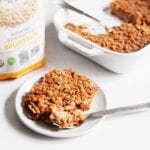 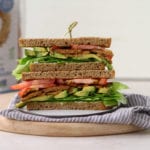