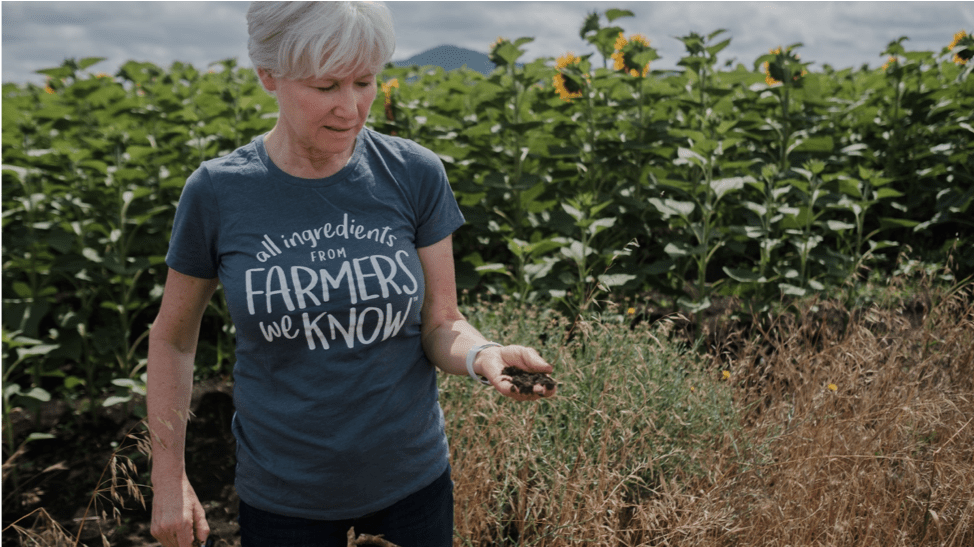 Winston Churchill once described America and Britain as “two countries separated by a common language.” It’s a wry perspective that often seems to apply to the vocabulary of vegans, vegetarians and other health-conscious consumers.

At One Degree, we’re very familiar with the importance of clarity of meaning in describing the products we create and the lifestyle we promote. After all, we’re the company that has popularized the term “veganic” and is using it to revolutionize agriculture in North America and beyond. Now that we’ve added raw light organic honey to our newest cereal, it’s a good time to revisit some of the fine shades of distinction between vegan and veganic, as well as the substantial common ground:

As for similarities, vegans and consumers who love veganic products are pursuing the same goal — a diet that is healthy for the body and the planet.

As a result, both perspectives have important ethical components. Another key overlap is that veganic breads, cereals, flour and other foods are a perfect fit for vegans, who exclude meat and dairy products from their diets.

Now for the differences: Vegan choices center on personal decisions about what types of food to eat. Veganic methods are choices farmers make in cultivating their fields. Essentially, veganic agriculture is a principled way farmers grow crops without the use of chemicals, compounds or animal inputs of any kind.

Veganic foods also have a wider appeal beyond a vegan diet, such as for mothers with young children, those who have been told by a doctor to fundamentally change their diet and anyone looking for food sources that are grown safely and sustainably.

Veganic farming promises good food grown safely. This wider definition allows consumers options that some very committed vegans may not always agree with. For example, One Degree uses a pure organic variety of honey in our Sprouted Khorasan Honey O’s cereal. Many vegans exclude honey from their diets because it comes from a non-plant source, namely honeybees. Although we make sure that our tiny honey suppliers have the freedom to roam the pristine clover fields of northern Alberta, Canada, we understand and respect this choice. (More on this, below.)

Another difference sometimes involves the presence of animals on farms. One of the key tenets of veganic agriculture is to reject animal-based fertilizer of any kind. The reason for this is to keep pathogens and contaminants away from crops. Even many organic farms use animal waste on fields, including blood meal and bone meal. These sources may carry an array of hormones, antibiotics, pesticides and other chemicals.

Veganic farms use only plant-based fertilizers and favor nature’s own time-tested methods to build nutrients in the soil, such as rotating crop varieties and allowing fields to lie fallow. As a result, they produce healthier, safer food. But although veganic is a step beyond organic, it doesn’t always meet the strictest definitions of some vegans who may believe farmers should not be raising livestock anywhere on their land, even if the animals are kept far from agricultural fields. Again, we respect this philosophy, even as we focus our efforts on ensuring that the crops we use are grown in the safest possible way for our customers.

Honey is a food that helps clarify the differences between veganic and vegan. As noted above, many vegans choose not to consume honey. Although bees are essential to many plants, they are not plants themselves of course, and so don’t qualify as a true vegan source.

The veganic perspective is more complex. Veganic farming centers on cultivating crops in the field without chemicals, compounds or animal-based fertilizer. Honeybees don’t fit into that definition either. But there are organic standards that apply to the production of honey, such as rules prohibiting the use of chemicals and mandating natural forage areas. And so when we began looking for a honey source for our new cereal, we considered only pure, raw, organic honey — the best quality and most bee-friendly available.

Organic honey to sweeten veganic grains: It may take a moment for the meanings to crystalize, but in the end you’re left with some pretty delicious food for thought.