Something about the smell of cinnamon and sugar baking floods my mind with holiday memories, grandma’s house, or that favorite bakery in Europe that is always a must on the travel schedule. 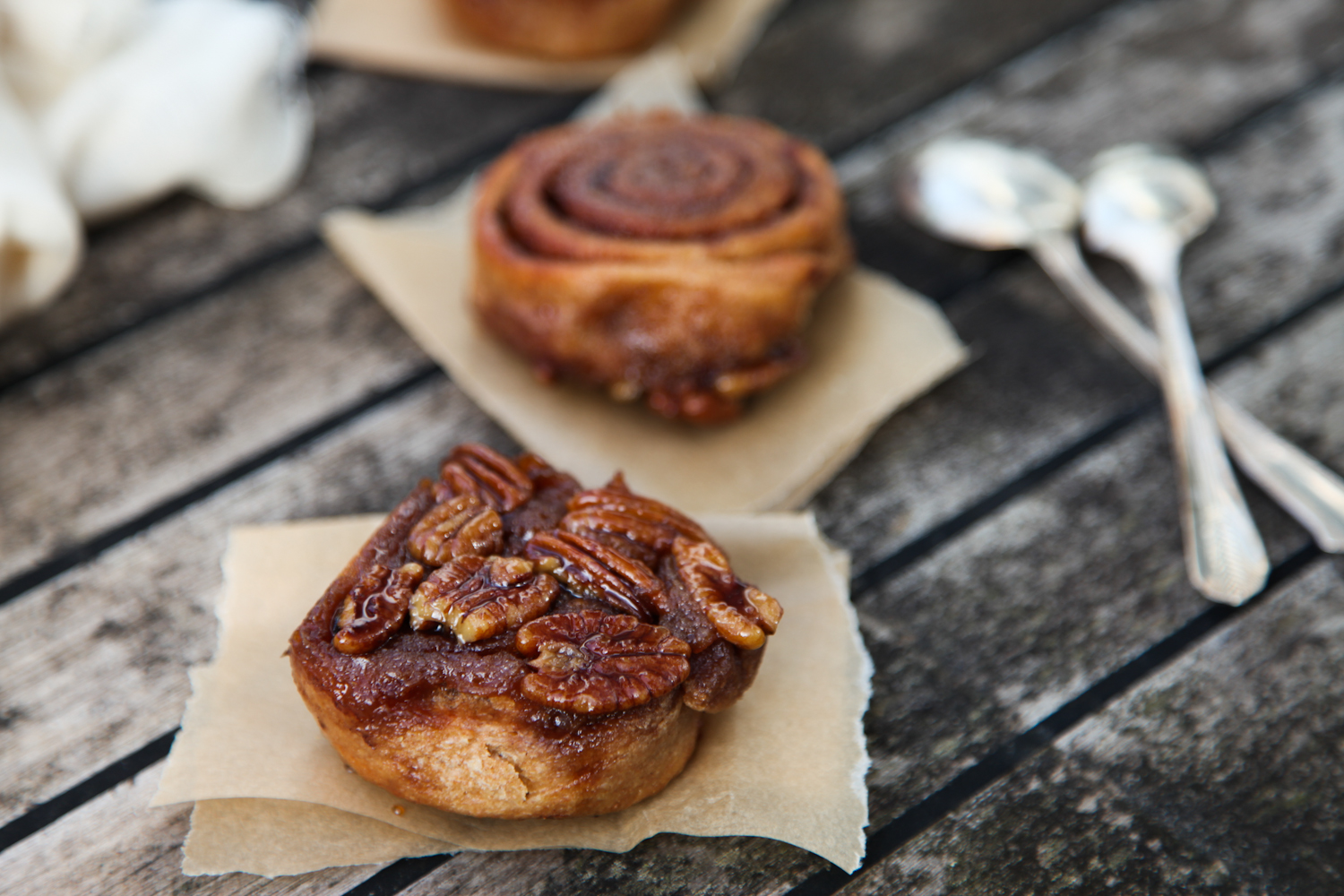 My grandma made great sticky buns. They were moist and fluffy, and as kids we would always passionately discuss who got to eat the crustless, moist sticky buns in the middle of the pan. 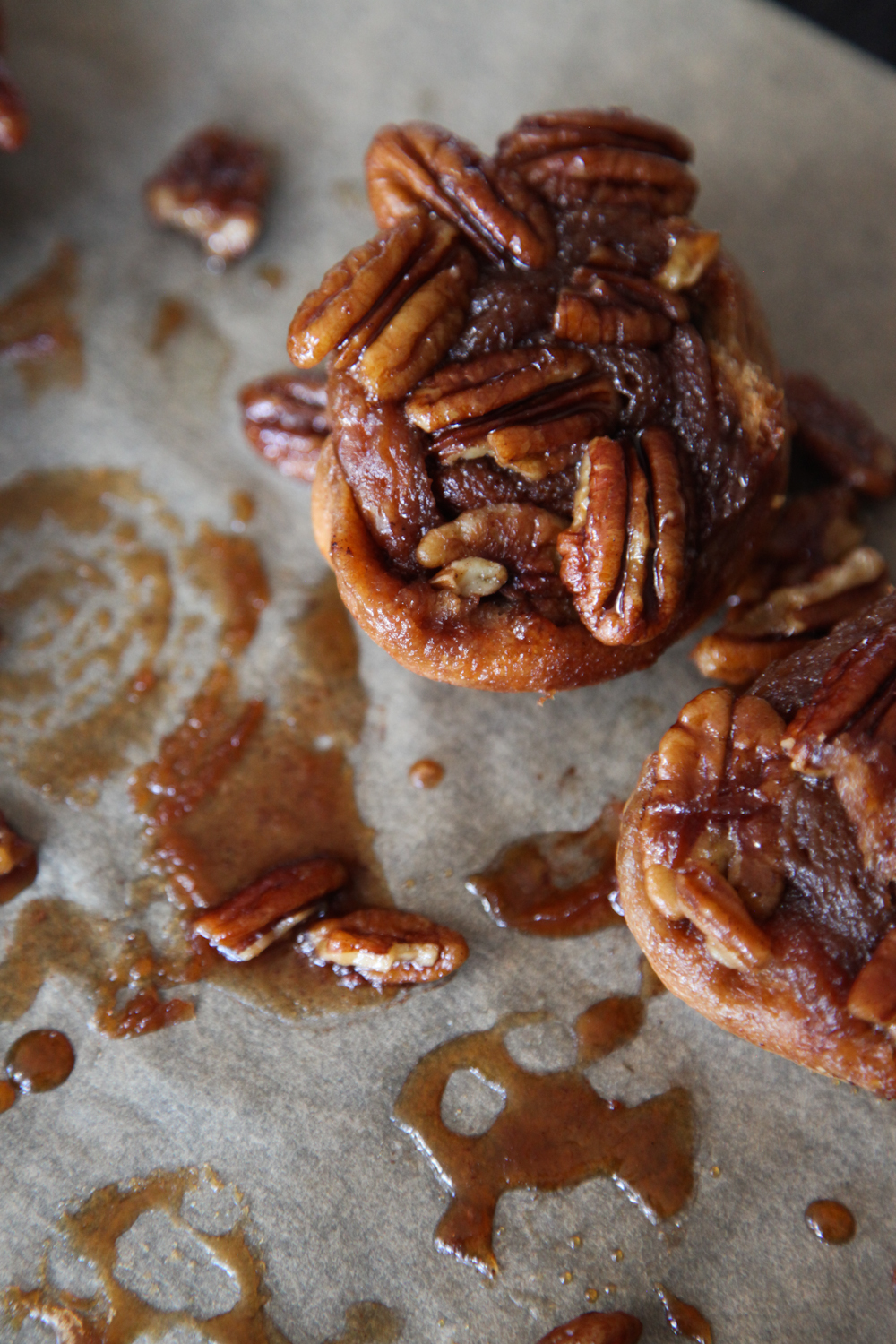 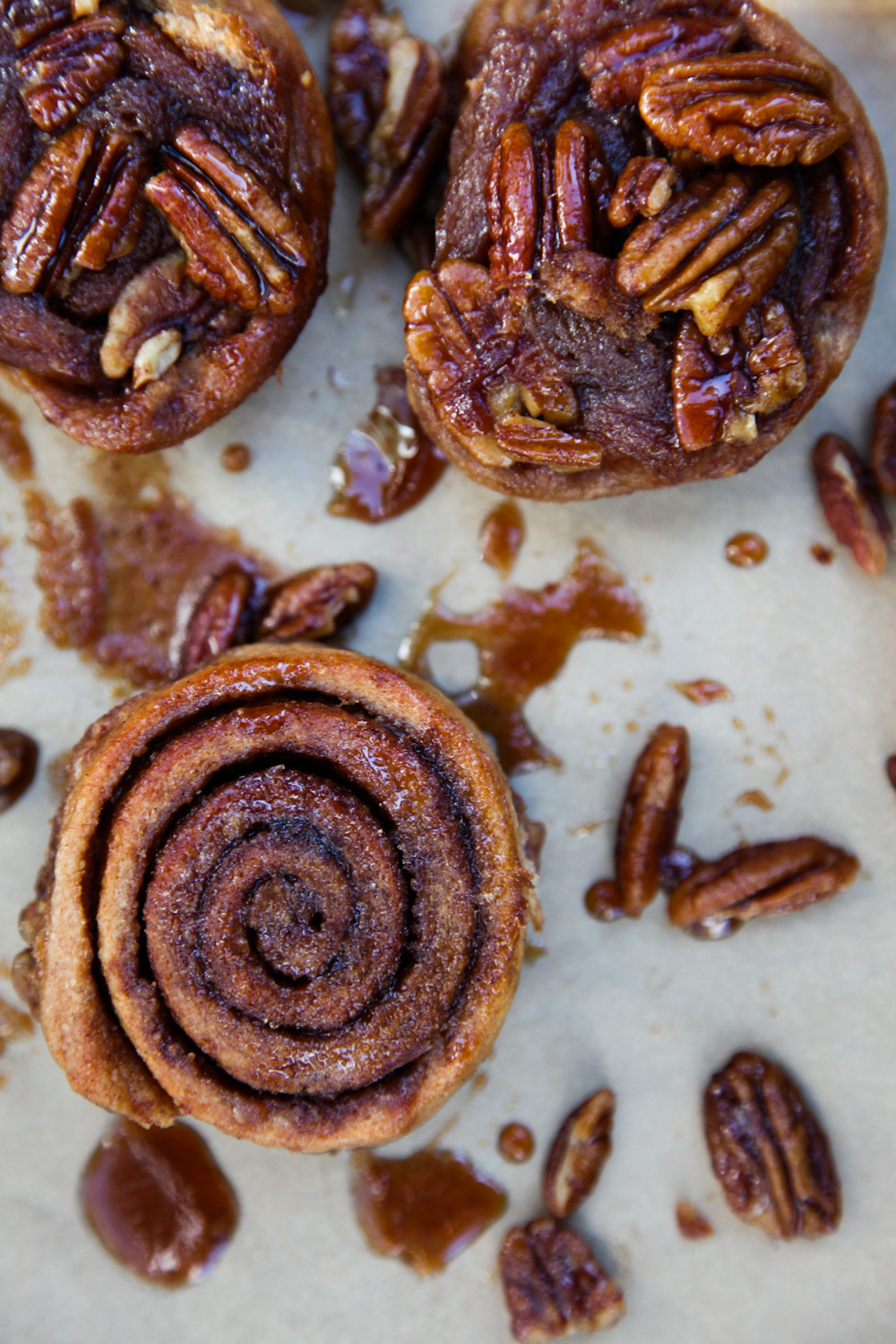 Our sprouted spelt cinnamon sticky buns are 100% whole grain spelt, but are still decadent enough to feel like a special treat. After these buns come out of the oven I flip the pan upside down onto parchment to expose the gooey maple bottoms. They’re an irresistible addition to any breakfast table! 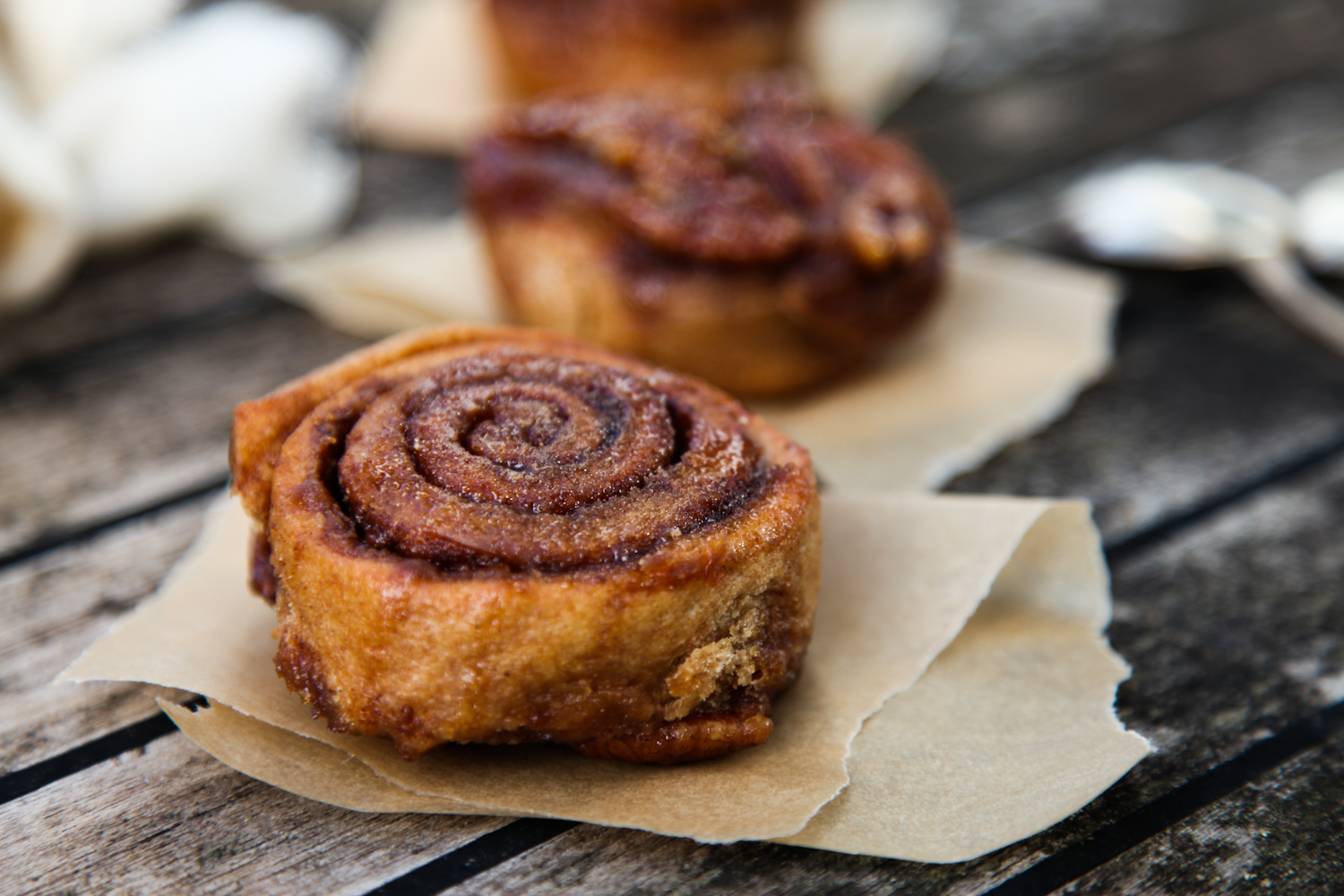 In the bowl of an electric mixer combine the warm water, sugar and yeast and let stand until frothy.

Add salt, oil and 1 cup of flour and mix on low until incorporated. Continue adding flour 1/2 cup at a time until dough reaches a proper consistency. The dough should be soft and not too stiff.

Remove dough from electric mixer and place on lightly oiled surface. Knead into a round, smooth ball. Place dough in a large, lightly oiled bowl, turn the dough over once to completely cover with oil. Let rise in a warm spot until double in size.

Once risen, turn the dough out onto a lightly floured or oiled surface. With a rolling pin, roll the dough into a rectangle shape.

Spread the rolled out dough with margarine or coconut oil, then coconut palm sugar, and sprinkle with cinnamon. Roll up the dough from one end so that it forms a cigar-shaped log, creating a cinnamon-sugar spiral as you roll. With the seam side down, slice into pieces about 1 3/4 inches thick.

Place each cinnamon bun in the pan with a little space in between to allow for rising.

Allow to rise again for approximately 15-20 minutes (depending on warmth of room).

Remove from oven and let cool. Once cooled, invert pan onto a piece of parchment paper so that the pecan side is up.

*Adding a little orange or lemon zest into the dough or filling is a delicious variation.

*Cinnamon buns can also be baked in muffin tins. Just pour the maple syrup and pecans into each individual cup. 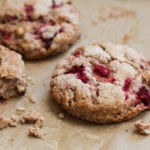 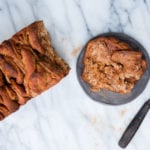 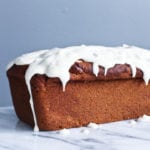 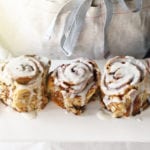