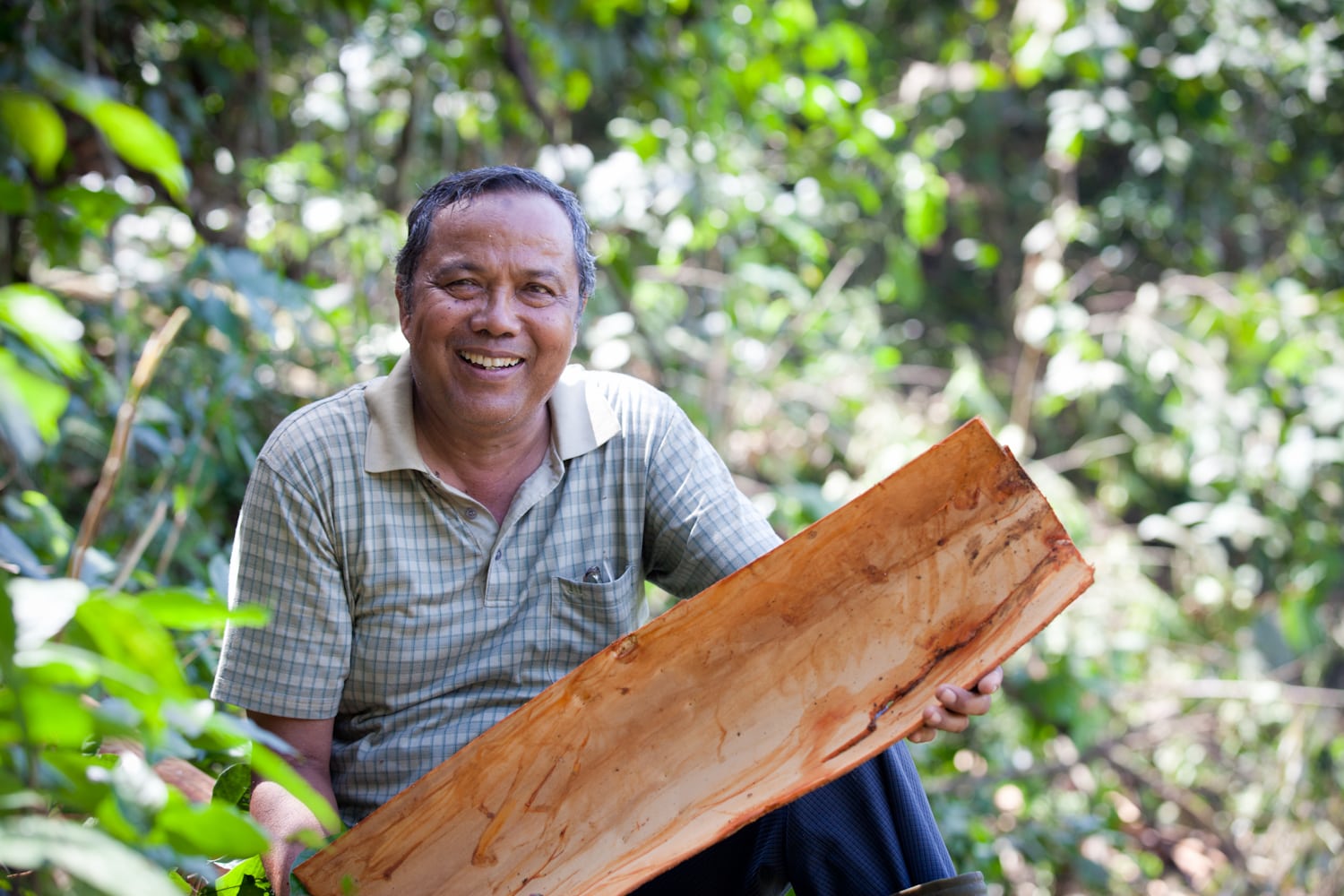 Cinnamon’s journey through the centuries, from the ancient spice of scripture to the scannable ingredient on your cereal box, is a story of trajectories.

With a subtle shift in wind direction on the day Dutch schooners ventured into open seas, the great cinnamon plantations of Ceylon and Indonesia might never have been built. Without the many relentless climbs to the peak of Indonesia’s tallest volcano by native farmers, one of the world’s purest cinnamon groves could never have been sustainably harvested. And with a single unlucky turn on a country road during a nighttime downpour in Sumatra, One Degree may never have learned of a remarkable cinnamon farmer called Tjap.

Time would have moved on, and breakfast would never have been the same.

Cinnamon’s great adventure is captured in One Degree’s newest film, premiering now on YouTube and our Web site. The video, shot on location in June, is a journey halfway around the world and skyward up the slopes of a starkly beautiful Indonesian volcano. 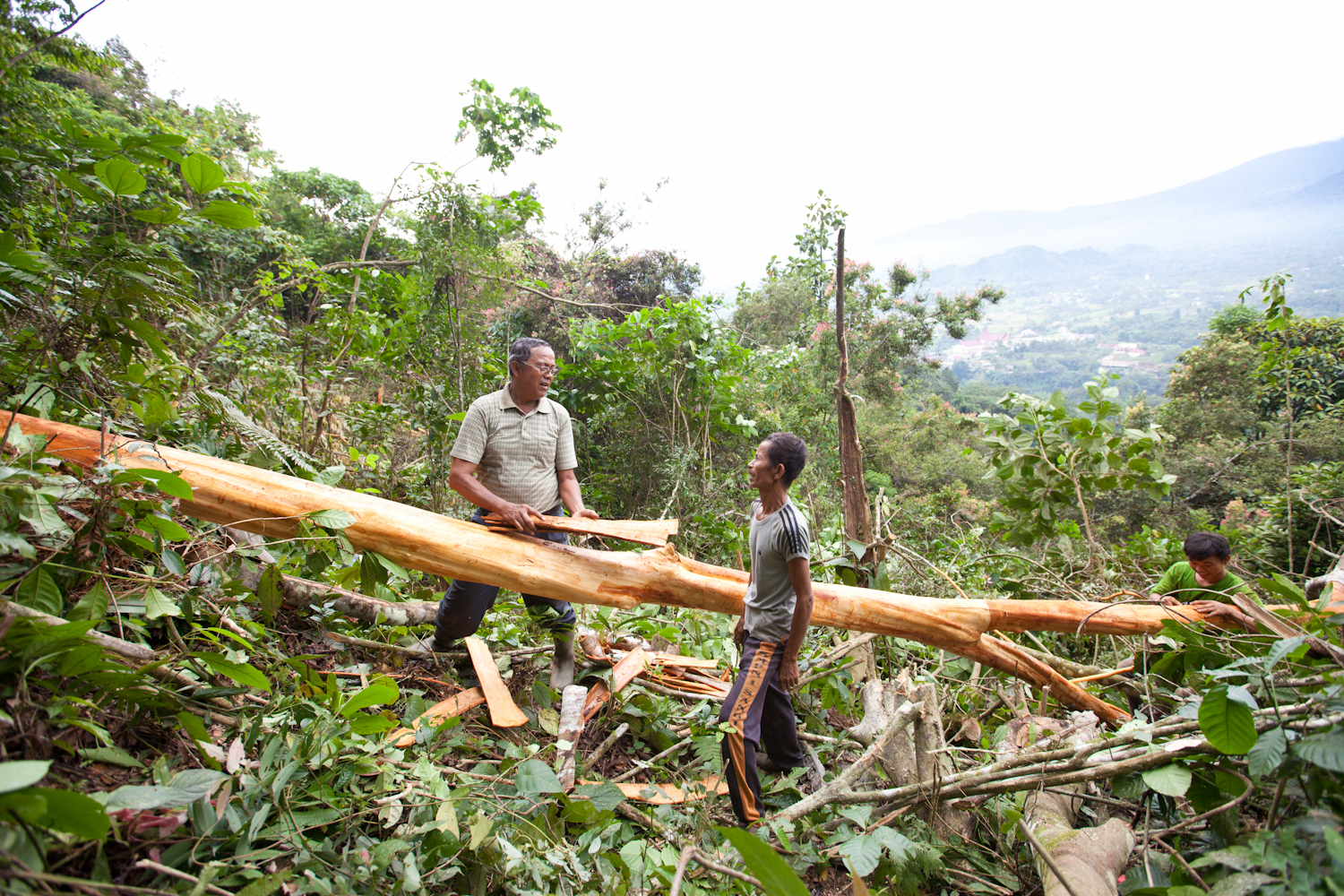 Tjap is the nickname of Syafrizal Nurdin, the proud Sumatran farmer who continues a family tradition of cultivating cinnamon at the upper elevations of Mt. Kerinci and in the deep-green forests below. This active volcano is mercurial, erupting as recently as 2009, and jealous to share the treasure it cloaks with incensory mists gathered beneath its peak. For generations the only real access was via a footpath that wound toward the distant cinnamon forest on 45-degree slopes. In recent years the path has been widened, allowing workers to transport the cinnamon bark on motorcycles outfitted with heavy tire chains. But the trek up and down the mountain is still so punishing that workers will often stay overnight on Mt. Kerinci to complete a harvest. 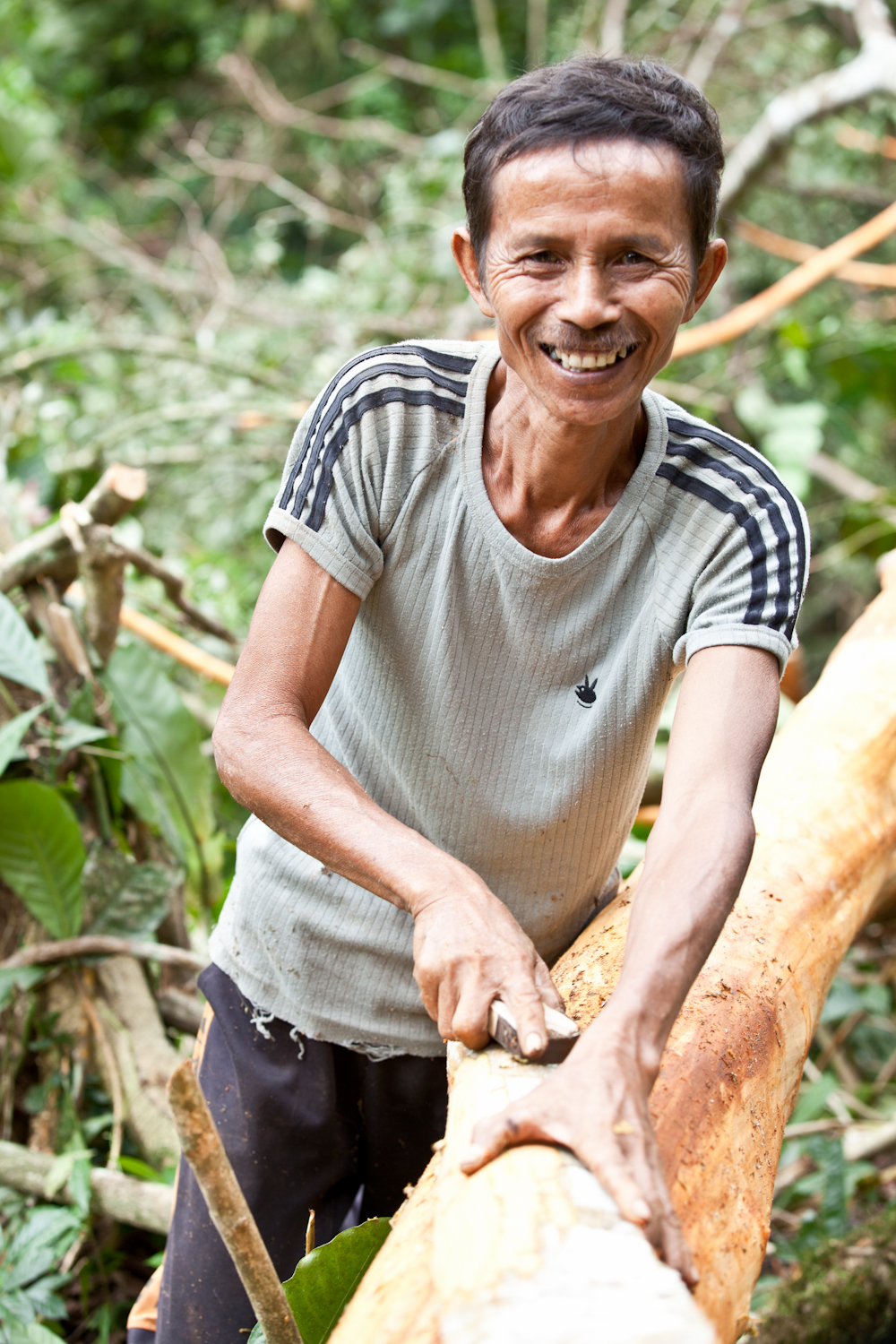 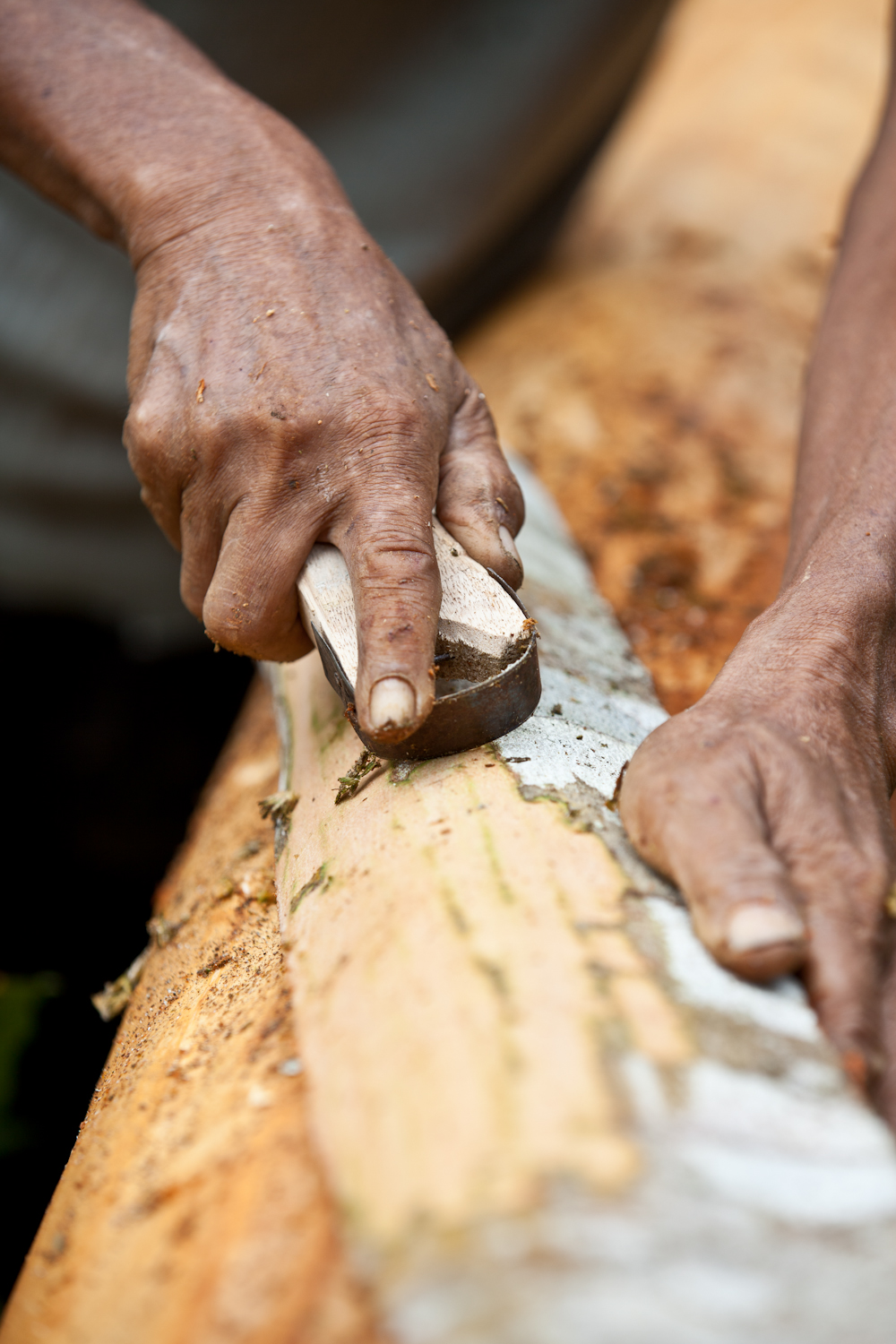 Tjap is the perfect steward for this land, and the ideal farmer to educate others in the region about the importance of organic cultivation and sustainability. “I learned the cinnamon business from my father,” he told us as he shared delicious fruits in his home. “Eventually I wanted to try setting up my own farmers group, and now I have many who help me peel the bark, harvest the trees and bring the cinnamon to market.” 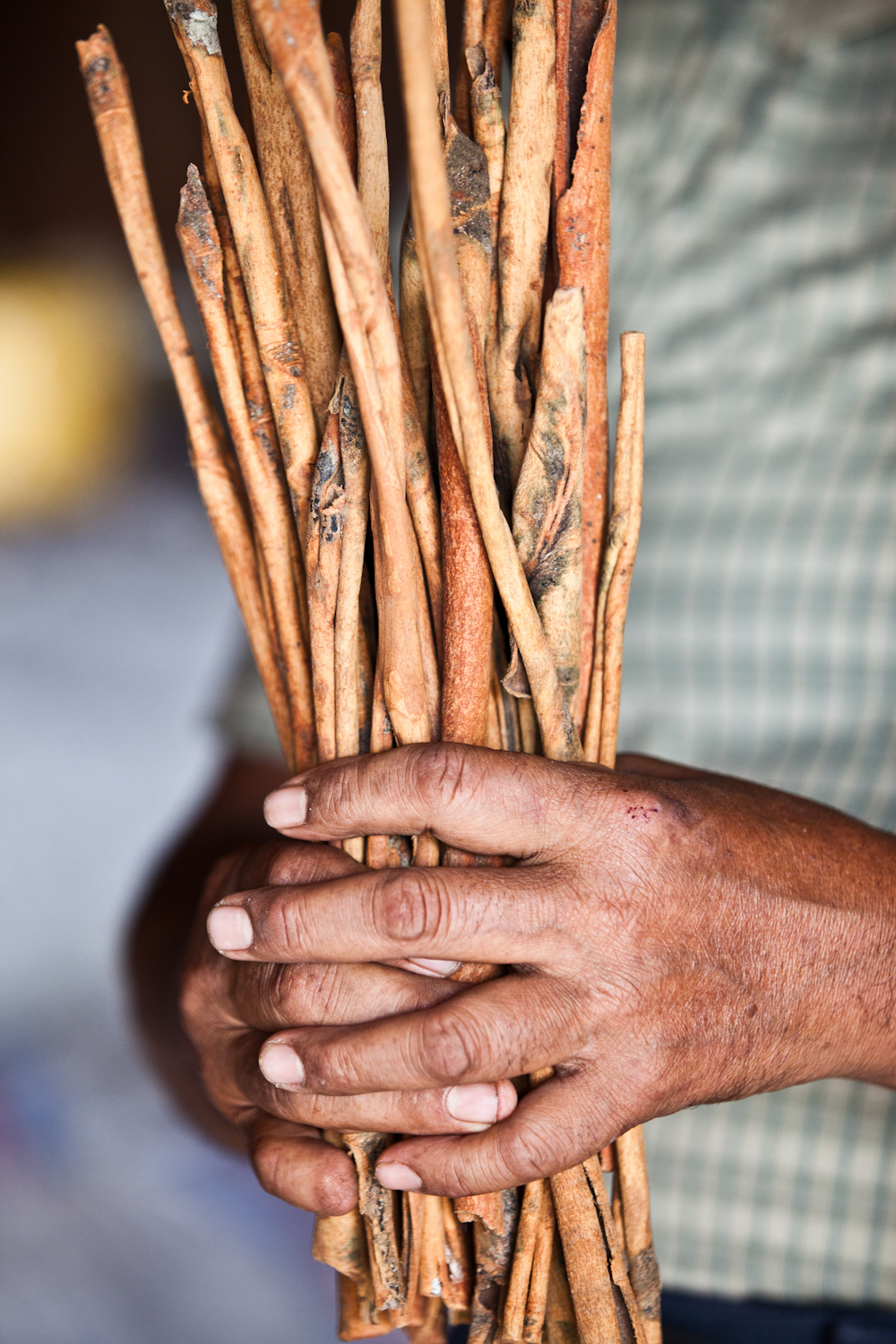 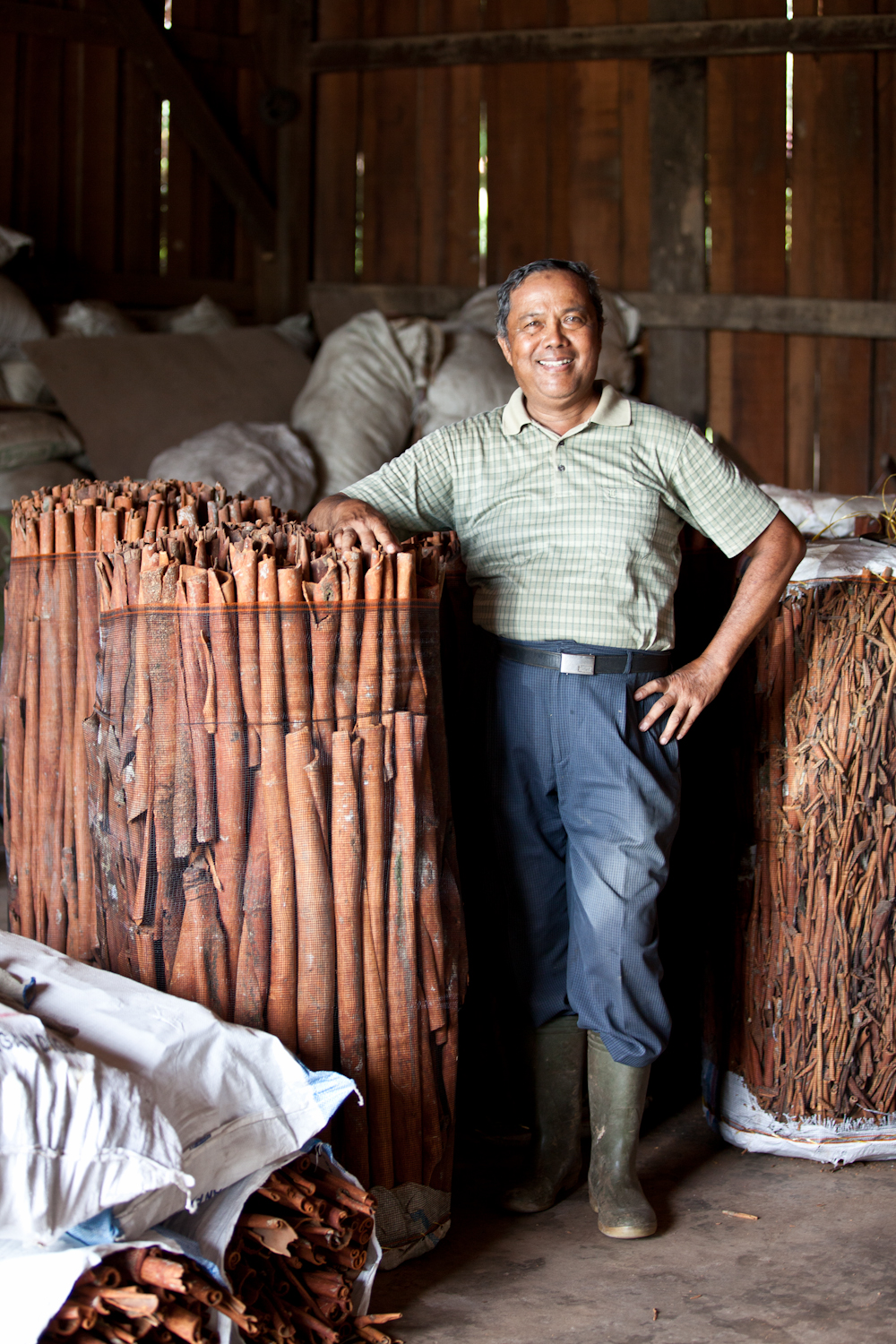 We invite you to spend some time in Sumatra, delighting in the easy hospitality as you explore the remote cinnamon groves. Begin your visit with our film premiere below. Or enjoy the video along with photos and an essay on our Web site: http://bit.ly/1pVme6q