After months of thinking inside the box, One Degree is bringing the transparency revolution to the breakfast aisle, with a new line of sprouted, veganic cereals.

Like our breads, seeds and flours, the five new cereal varieties are brimming with stories, including some of our most intriguing global adventures. Finding new ingredients such as brown rice, buckwheat and amaranth led us on voyages through Argentina and Mexico, where we met unforgettable farmers devoted to the the purity of their harvests.

As our fans would expect, our new cereal line also features the bold concepts that first ignited the One Degree revolution:

Transparency: You have the power to trace every ingredient.

Accountability: Our farmers are proud of their harvests, and never anonymous.

Here’s a quick look at our winning breakfast lineup:

Breakfast the way nature imagined it, and generations once enjoyed it. Khorasan is an original ancient grain prized by great civilizations. Blended with pure rice, sweetened with coconut palm sugar, always organic, and sprouted for nutrition, digestibility and flavor. 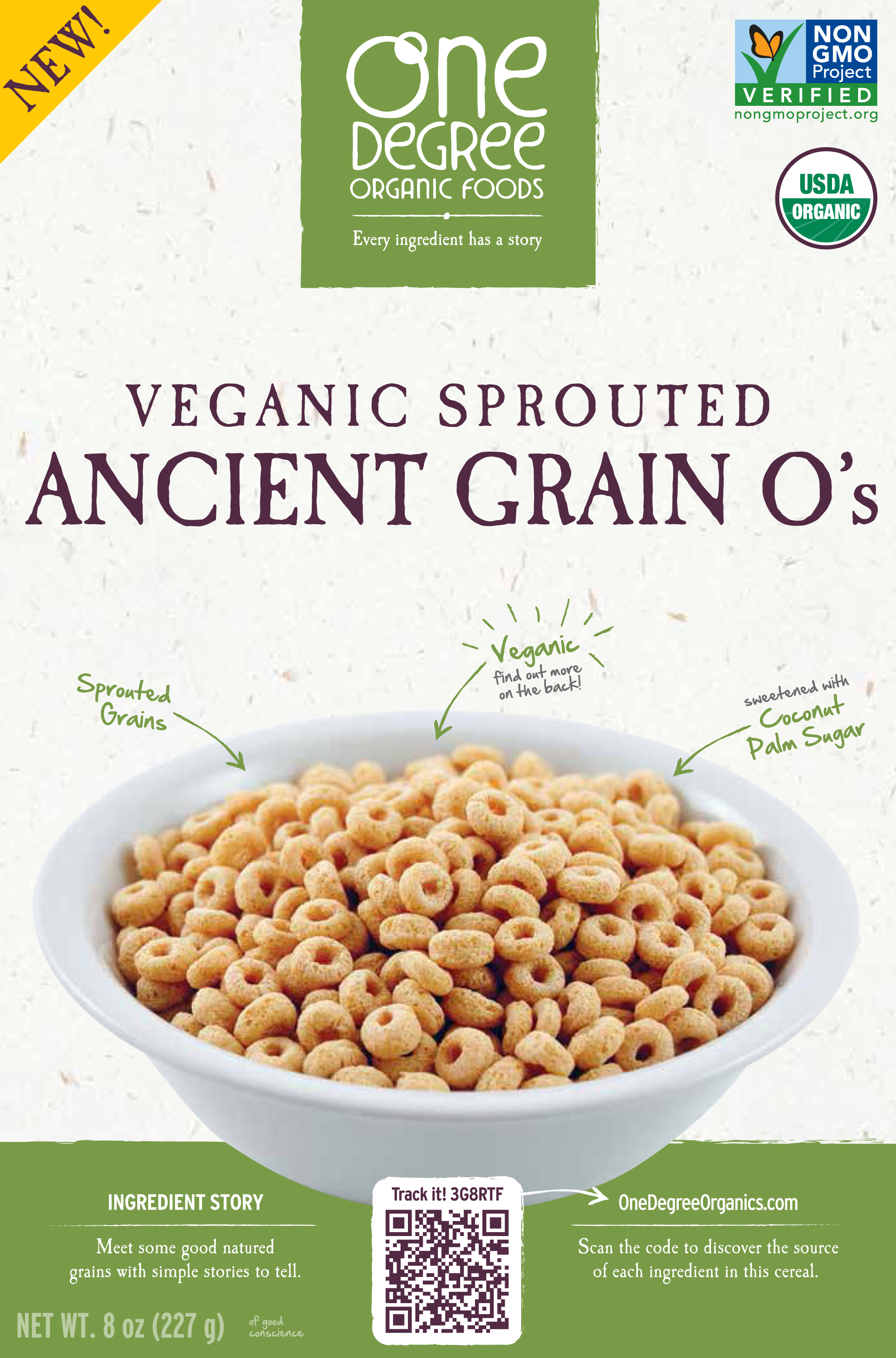 Khorasan and rice return in a breakfast symphony, with the sweet accompaniment of coconut palm sugar. An ancient grain, khorasan has stayed as pure and richly nutritious as nature intended. Proudly organic, plus sprouted for nutrition, digestibility and flavor. 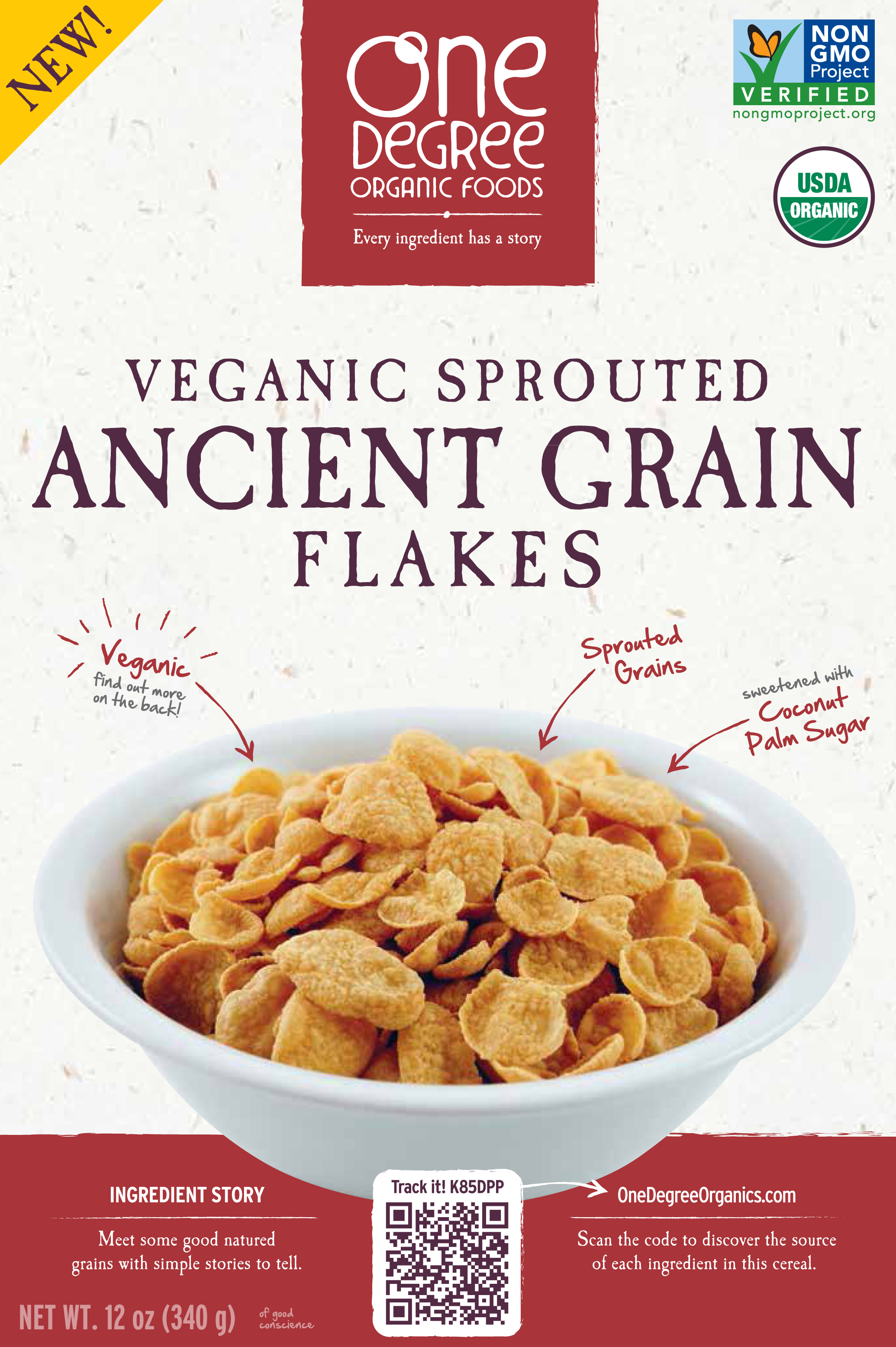 For the purest food, come to the source. Our ancient maize is from the rich land where the grain first grew, long ago. Plus ancient buckwheat, quinoa, amaranth and flax. All sprouted, organic and sweetened with coconut palm sugar. 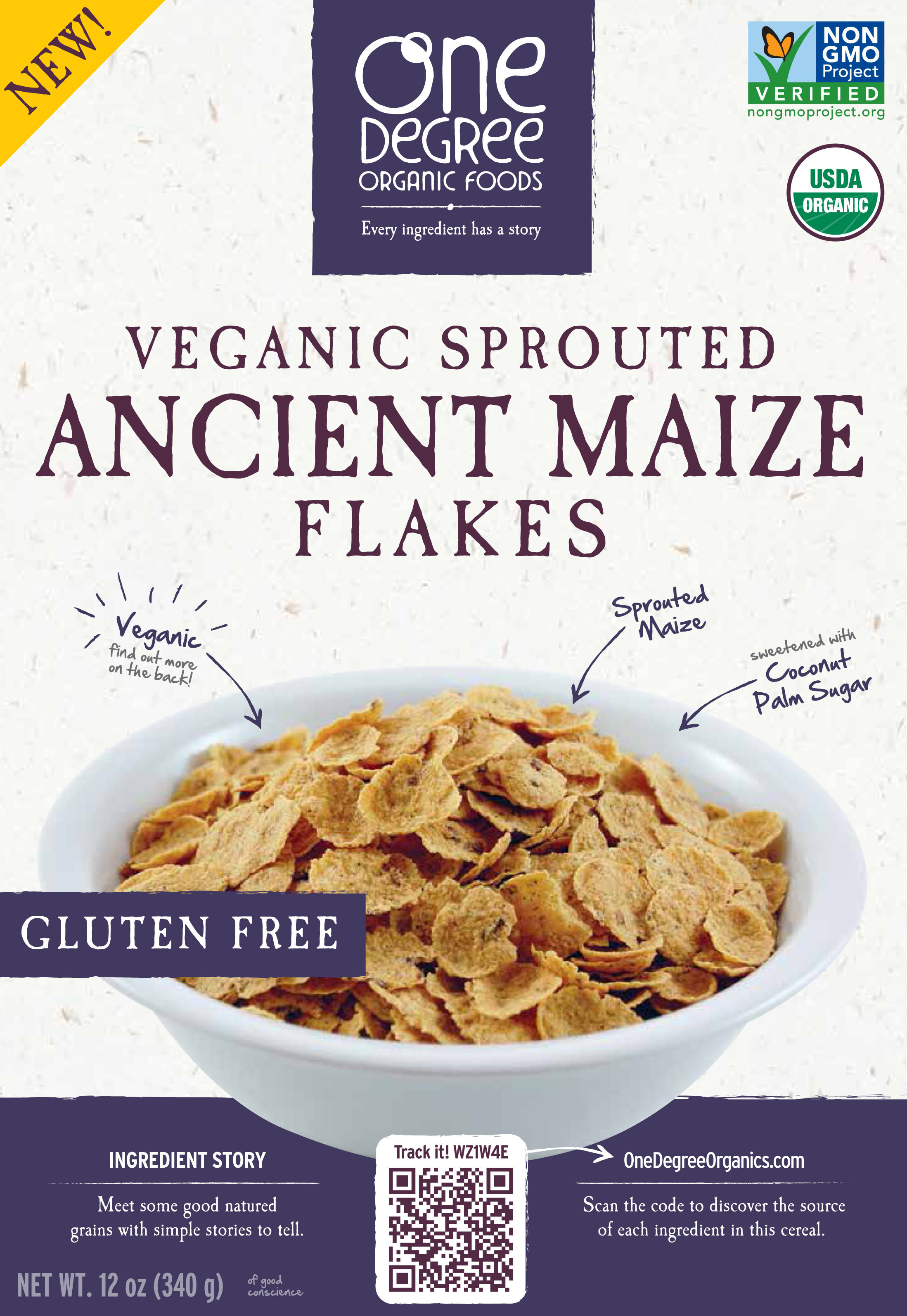 We searched the world for something special for our pure sprouted brown rice. In Java, we found a treasure of coconut palm sugar. Cacao from nearby Bali is paradise rediscovered, a taste far beyond chocolate, and almost beyond words. 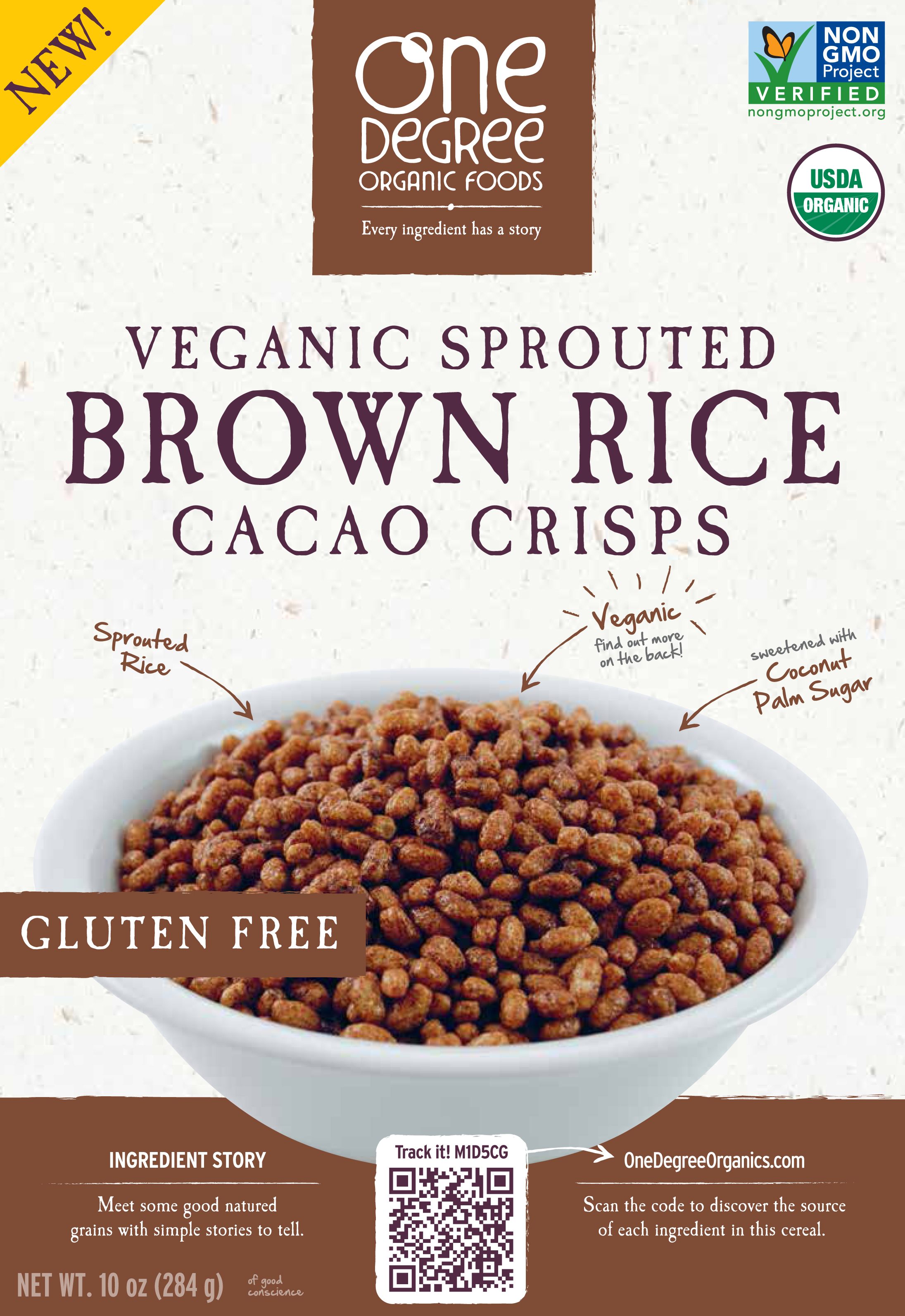 For a grain with such a simple name, brown rice is pretty exceptional. We made it even cooler by adding the rich flair of sprouting, plus a dash of coconut palm sugar. Now it likes to be called deeply tanned. 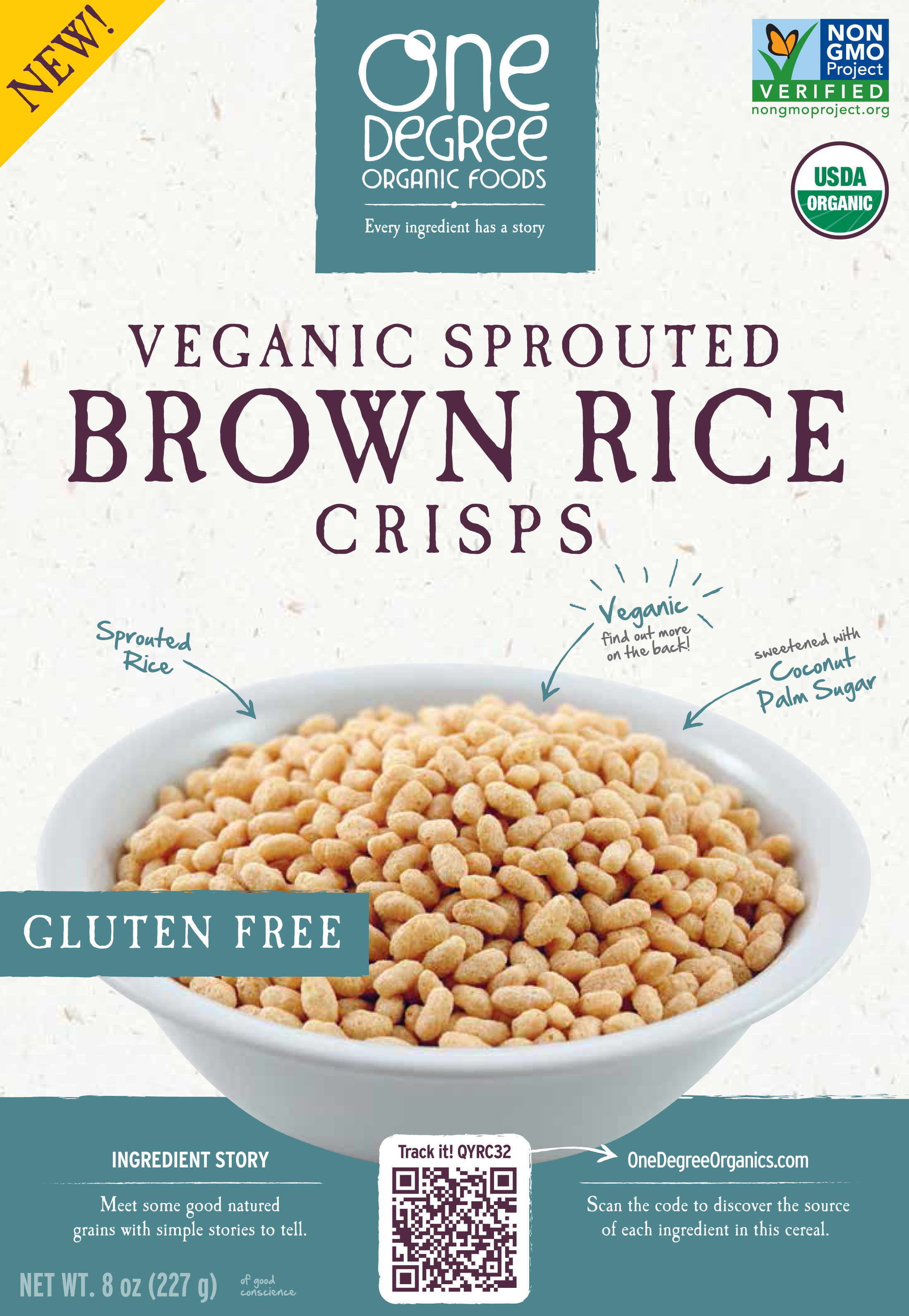 See more in the August edition of our e-newsletter, The Storied Grain: http://bit.ly/19avbQq