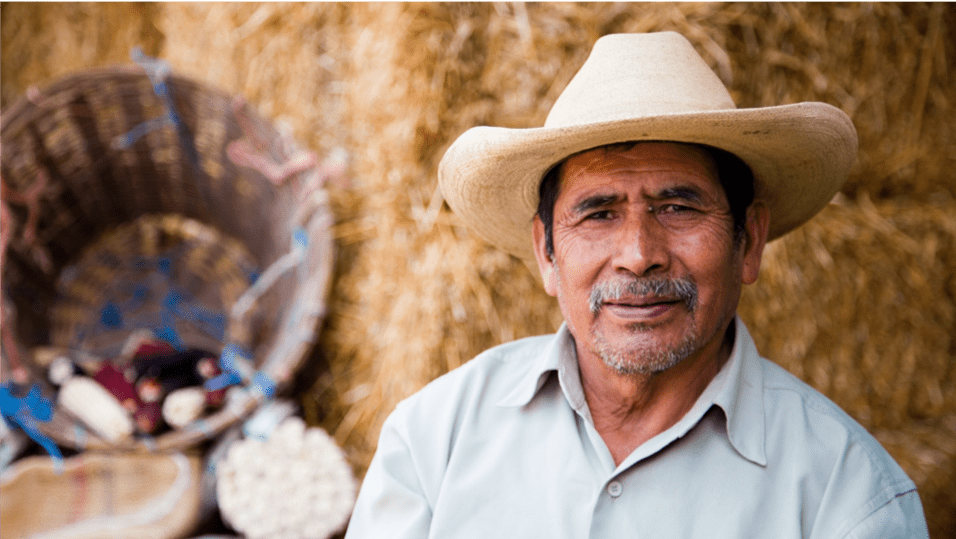 Our newest film is set in a very special place — the region of Mexico where the purest maize first grew, and carpeted the land with a life-giving grain that could be yellow, or blue, or purple.

For generations, the people of Michoacán and their grain have nourished each other. “This is where it all started,” grower Miguel Uribe explains. His company, Tierra Viviente Agricultura Orgánica, works with farms throughout the region, promoting organic cultivation and finding markets for the community harvests.

“This corn has had a natural evolution. It has been guided and grown together with a tribe of people for as long as the river has flowed and the grass has grown green. And so the product that you have is not a product that’s developed for the sake of money, it’s a product that’s been naturally developed, and that means nutrition and it also means flavor.”

For large agricultural corporations, maize is just a kind of corn. And corn is a commodity, grown to make money and build mansions. The people of Michoacán don’t think that way. Maize is respected as nature’s gift, and so it survives in its purest form, with all the nutrients that modern, more profitable varieties lack. And a way of life survives too, one centered on hard work, close families, and communities of kindness.

In Michoacán, you are never far from maize. It’s in the fields where men labor. It’s in the meals women prepare for their families, and part of every celebration. It’s in the history, the stories, the imagination.

We invite you to spend some time in this welcoming land, and meet the hardworking farmers who cultivate their treasured ancient grain for One Degree. Begin your visit with our film premiere below. Or enjoy the video along with photos and an essay on our Web site: www.onedegreeorganics.com/tierra-viviente