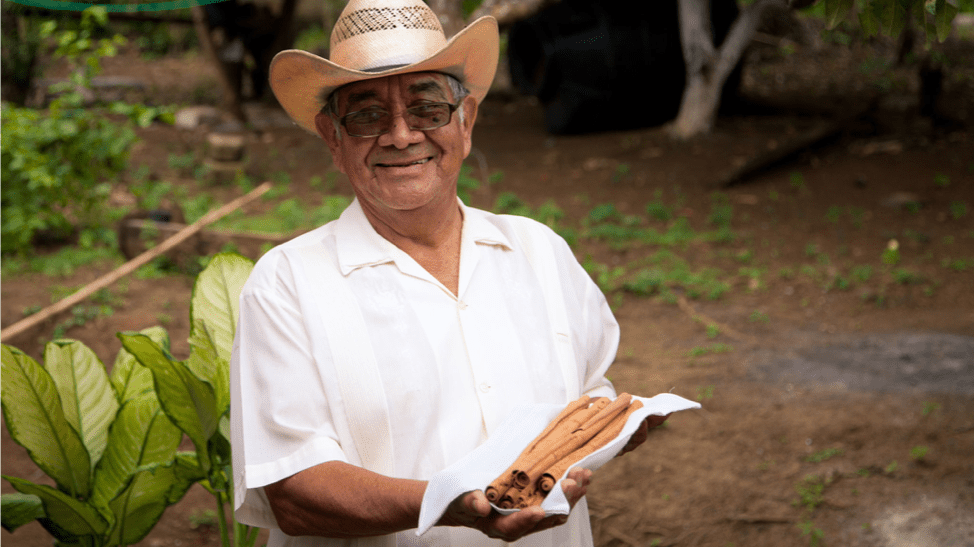 Jules Verne imagined that a resourceful pair could make it around the world in 80 days, confounding the staid members of the very British Reform Club.

The One Degree team is in the midst of something almost as astounding, and equally tasteful: an ingredient expedition through Latin America that has found exciting new sources of grains, seeds and spices — a trove ranging from amaranth to vanilla.

As our May e-newsletter was taking shape, the team had finished a tour across Mexico, where small farmers work to support families and communities by producing harvests of chia, agave, cinnamon, vanilla and maize. That ancient variety of corn is central to the culture, and an indispensable ingredient in every meal. The One Degree team arrived in the place where the purest maize first grew, carpeting the land with a life-giving grain that could be yellow or blue or purple. For the ancestors of today’s Michoacán farmers, maize was their life and ultimately their legacy — an incredible gift to the world.

After Mexico, it was on to Argentina for the One Degree crew, armed with lenses, GPS tracking and Moleskine notebooks. There, the ingredient discoveries included corn, sorghum and rice, a grain which in its purest, chemical-free form can be a rare find. By this morning, the group will have arrived in Peru, where acres of veganic amaranth and quinoa wait to be inspected, chronicled and filmed.

In the May edition of The Storied Grain, there’s a sampling of this great adventure, along with an Instagram portal to experience more. And in between layovers, there are some other intriguing articles, too, including a look at one of our most popular seeds — high-protein hemp — and the Alberta farmer who realized its phenomenal potential.

We invite you to click on the link below to enjoy our latest trip; and beyond that, the continuing adventure of One Degree. For as Jules Verne himself said, in the thick of his kinetic literary contest: “Anything one man can imagine, other men can make real.”

Scan the May issue here: http://bit.ly/13lkdlJ