Raiders of the Lost Art 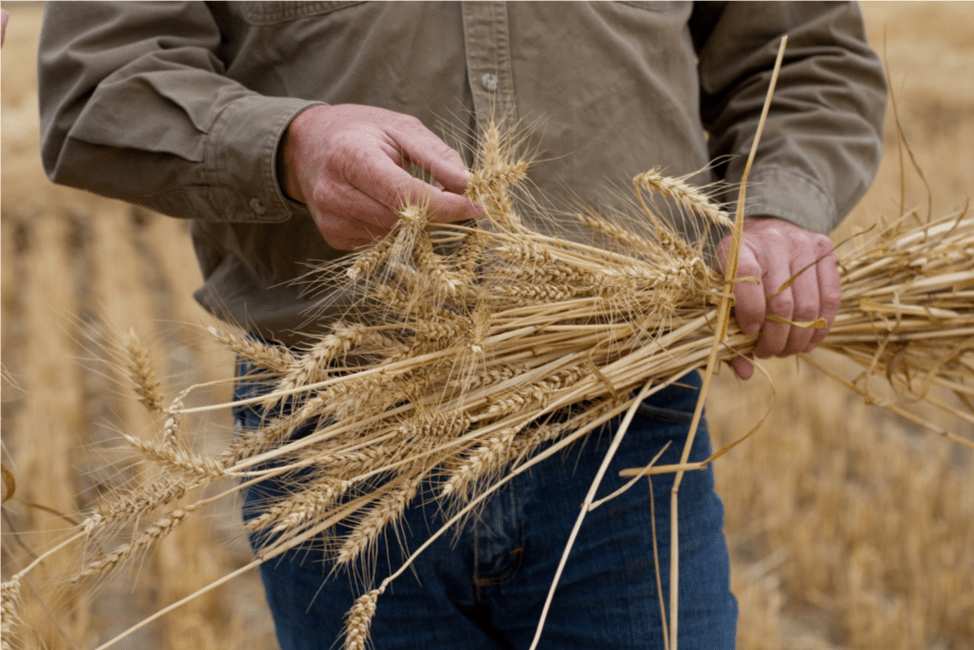 Add this to the list of exciting new careers for the 21st century: grain connoisseur.

Centuries ago, enjoying heirloom grains was as easy as breaking bread or wandering through an open field. Grain was central not only to sustenance, but also to purpose: Its immense variety was a daily reminder of the grandeur of life, and Creation.

Today, finding forgotten treasures of khorasan, amaranth, emmer or maize is an avocation for many consumers, a calling for some great chefs, and at times even an exercise in archeology for those seeking to restore purity to our diets.

Enter the grain connoisseurs. Whether in small towns or small bistros, these inspired individuals are seeking the truth about their food, and finding the richness of ancient grains. It’s a movement that can be called, without irony, genuinely grassroots. Directed by no one in particular, it draws its power from idealism, conscience and that age-old impulse: the quest to gather a truly good meal.

Writer Virginia Phillips has been tracking the trend. “Modest resurgences of organic heritage grain are being fueled by pioneers across the country — Vermont, New York, Washington state, the Carolinas,” she reports. In an article for The Pittsburgh Post-Gazette, she follows the progress of two such pioneers:

“‘Profoundly herbaceous. Nutty fresh. Deep toasty caramel notes.’ Would you guess this is the vocabulary of a professional grain taster, sitting down every day — as does Glenn Roberts, founder of Anson Mills, specialty producers — to somewhere between six and 30 spoonsful of plain boiled heritage grains? The variety described is Red Fife, America’s preferred bread flour in the 19th century, now being revived.

“Identifying flavor, aroma and ‘finish’ . . . in wheat may be a new thought, since local heritage grain has just stepped on stage in Western Pennsylvania. Most of us haven’t tasted much of it. We are about to have a chance to relearn what the collective American palate once knew about our grain heritage when grain was chosen for flavor, grown close to home and ground fresh.

“‘It’s taken for granted in Europe that grain has terroir, reflects the soil and climate in which it grows,’ says Mr. Roberts. ‘People have grain mills on their countertops. They search the countryside for farmers with the best-tasting grains.’

“Anson Mills in Columbia, S.C. is fabled among chefs and food enthusiasts who revel in the tastes and textures of its Southern ‘antebellum’ grains, brought by Mr. Roberts from the verge of extinction. He discovered some of the plants that were the source of the once-beloved Dixie flours and corn meals unrecognized by landowners, in abandoned fields and back gardens.

“The new grain specialists are also inspired by the ‘ancient’ hard-hulled varieties, such as spelt, emmer and einkorn, staffs of life cited in the Bible . . .

“About 50 years ago the grain culture changed in America: Small acreages of organic grain faded away, along with the local flour mills that served them. Everything flowed to the Midwest, where conglomerates bred grain for yield and super-consistency. This commodity product could be shipped anywhere to bake the same bread in anybody’s kitchen or bakery.

“Seed stock for the old-time varieties dwindled, and equipment sized to maneuver nimbly in small fields fell into disuse.

“Fast-backward 135 years to [farmer] Nigel Tudor’s acres and you find that Avella [Pennsylvania], like most communities, had its own flour mill (Avella’s operated until 1943). The farm’s original granary still stands. Mr. Tudor came upon a report of a ‘farm visiting committee’ dated 1876, attesting to the high quality of wheat growing in the vicinity’s top-soil-rich fields. The yields-per-acre noted would be considered breathtaking today.”

Next week, more of Nigel’s story.