Film Premiere: A Century on the Land 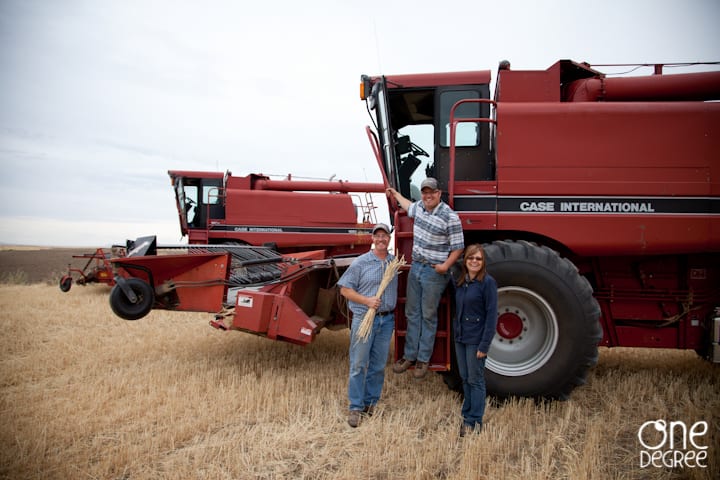 One Degree farmers have a devotion to the land that is extraordinary in an era of quick profits, short attention spans and limited perspectives.

Our latest video tracks the aspirations and daily labor of one such inspiring example, Bernie Ehnes of Etzikom, Alberta. His family recently celebrated a century on the land, a proud history that began when his grandparents arrived in Alberta from Crimea, at that time part of Czarist Russia.

The deep family roots in the land have been a tremendous advantage in running a successful organic farm. Bernie and his family know every field, every nuance of climate, and the exceptional qualities of every crop. The fruits of this knowledge are abundant harvests of Red Fife, barley, emmer, durum and rye.

Red Fife may be the most intriguing wheat variety. The foundation seed for Bernie’s Red Fife is derived from the Keremeos strain that was brought to Canada from Scotland 170 years ago. Often referred to as Faith Red Fife, it’s especially popular with consumers seeking to avoid modern hybridized wheat.

Bernie uses only veganic farming techniques on his crops. That means no animal-based fertilizers of any kind. “We do a lot of green manure and crop rotations, including peas,” he says. Clover is another favorite for building nutrients in the soil. “The clover is a slow-growing crop, so even when the wheat is harvested it will continue to grow, and then the next season you can plow it down.”

If there is one word that best describes Bernie’s farm, it is this: Genuine. When a farmer takes the time to plant the purest seeds he can find, you know that authenticity and integrity have real meaning for him. When a farmer stresses a commitment to veganic methods of cultivation, you know that food safety is a priority. And when three generations have called the same rich acreage home, you know that you’ve discovered a family that loves and respects the land.

Begin your visit with our film premiere below. Or enjoy the video along with photos and an essay on our Web site: www.onedegreeorganics.com/Back40ltd