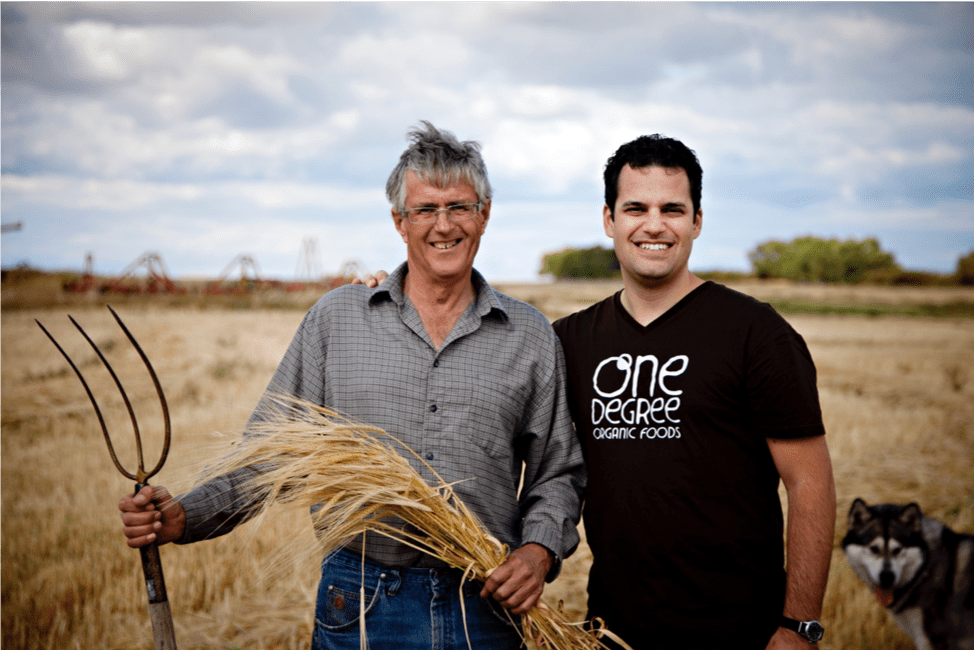 One Degree’s newest film profiles a family farm that became veganic by choice, and organic by necessity.

For Saskatchewan farmer Colin Pierce, that necessity was ensuring the health of his family and his customers. He had begun noticing an inordinate number of agricultural workers in the prime of their lives with serious health problems. A longtime silo worker needed a new lung. An aerial pesticide pilot developed Parkinson’s disease.

Then one day Colin asked a doctor if there was an antidote in case he was accidentally sprayed with the powerful insecticide he was planning to use to fight grasshoppers. The doctor’s prescription was a strong rebuke, one that Colin remembers to this day.

“He told me that the whole crop wasn’t worth it, then he kept getting louder and louder and everybody in the waiting room could hear him I’m sure — that’s the kind of a doctor he was — so consequently I didn’t spray. And he said, ‘You got crop insurance, let them have the whole field.’”

Colin resolved to farm without chemicals or hazardous compounds of any kind. Today the Pierce family grows a variety of robust grains, including oats, barley, hard red spring wheat and durum for One Degree. Fields are enriched veganically, by crop rotation and plowing clover, legumes and other plants into the soil.

One of Colin’s preferred field-fortifying legumes is chickling vetch. “It looks like something you’d find at the bottom of your fish tank, you know, almost like gravel, all different sizes, shapes and colors, speckled,” he explains. “It was developed for dry land areas to fix nitrogen into the soil.”

Some of these veganic discoveries were familiar to Colin’s grandfather, who immigrated to the area from Wales around 1909. He was a homesteader whose original parcel of land was bought by the Canadian government to make way for a rail line and a new town.

That proud family heritage is never far from view. One small way Colin keeps it alive is by preserving some of the original field equipment used by his father. A tractor his dad bought new in 1947 stands in the open air as a monument to the toil that tamed the land and built the farm.

Begin your visit with our film premiere below. Or enjoy the video along with photos and an essay on our Web site: www.onedegreeorganics.com/pierce