Theater of the Senses 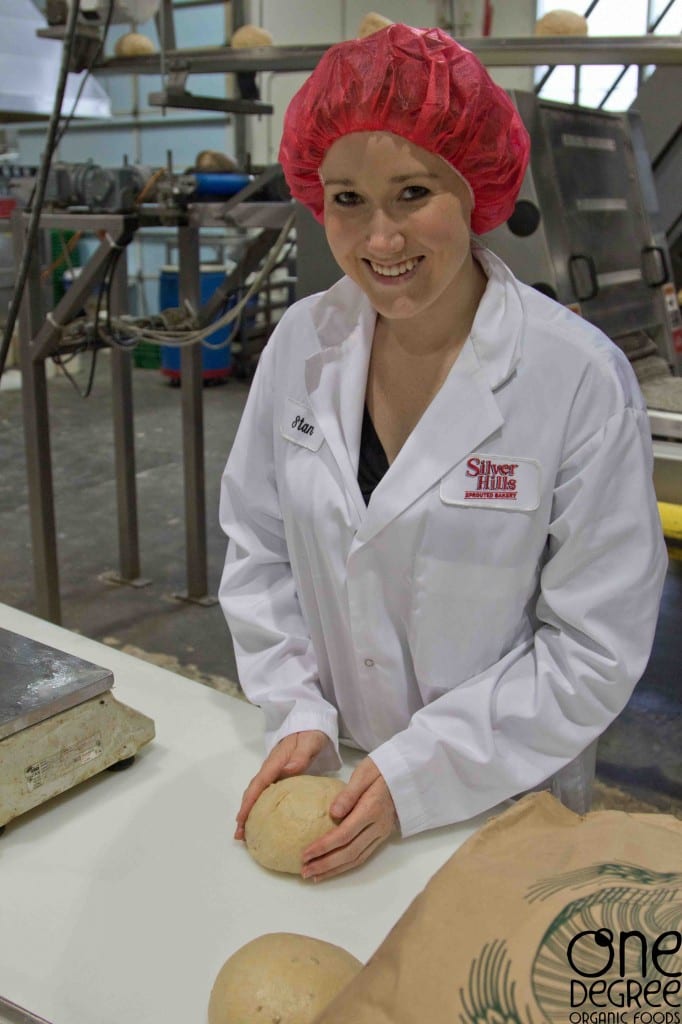 If grains, not Greeks, had invented drama, all tragedies would unfold on stages crowded with pots, pans, jars and pepper shakers, with large wooden spoons adorning the walls.

The final act would happen there, in a kitchen, as grains that had once been planted, harvested and milled with such promise met an ordinary end at the hands of a cook lost in an unremarkable recipe. Laments would rise like dough for the bread that never was.

But the sprouted playwrights would cultivate a wholly different tale for the veganic grains kneaded by the master chefs at One Degree’s company headquarters near Vancouver, Canada. Leading the kitchen team and fulfilling the promise of each young grain is Sondra Houghton, who plays many key roles in the company: Director of Social Media, Manager of Recipe Development, daughter of One Degree’s founders, and wife of Danny Houghton, whose responsibilities include sales, marketing and stocking the household freezer with Sondra’s many baked prototypes.

Together with her grandmother, Sondra has spent long hours in the kitchen testing new recipes for our line of breads: Veganic Sesame Sunflower, Veganic Lentil Grain, Veganic Flax & Spelt, and the newest addition, Veganic Ancient Whole Wheat. She keeps a close eye on the texture, look and feel of the bread, as well as on the ultimate prize: the moment when she can finally drop a slice into the toaster.

Beyond simply baking, the graceful preparation and presentation of food have long enchanted Sondra. As a child, she hosted tea parties for her family. And she especially looked forward to cooking with her father. Learning the recipes he had collected from his own lifelong love of good food was “almost better than any toy,” she recalls. 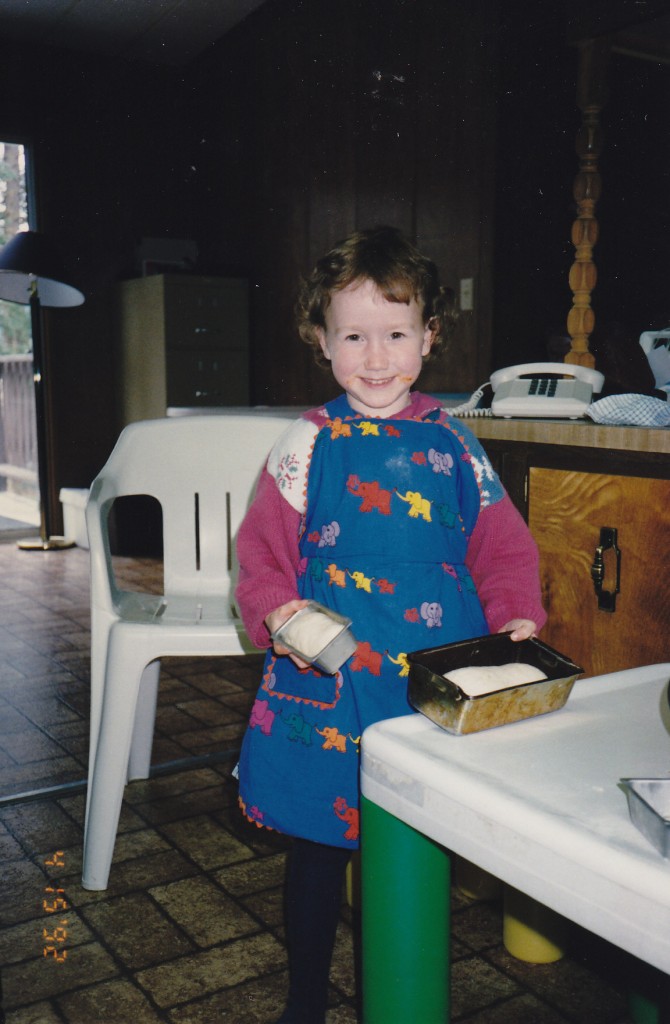 Although she has mastered a wide range of cooking styles, Sondra bakes with a special recipe in mind — One Degree’s core principles of transparency, simplicity and honest veganic ingredients. The sounds of her sliding pans and whirling blenders are a kitchen symphony played with a limited number of notes — seven ingredients or less for each product. For a gifted cook, that high standard is a thrilling challenge, a chance to create, improvise and invent. 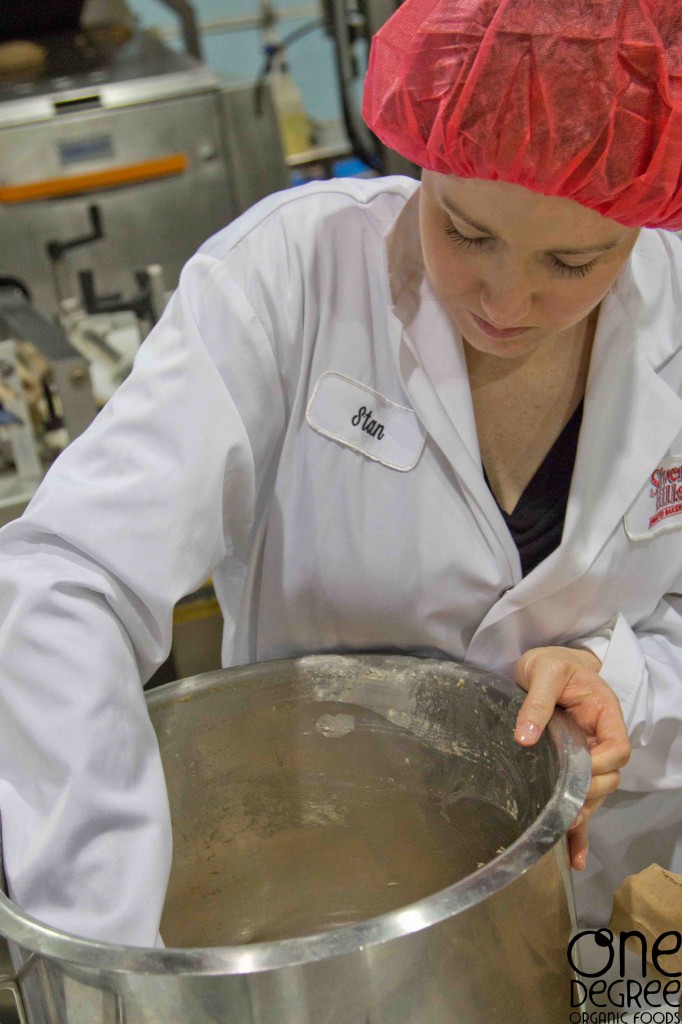 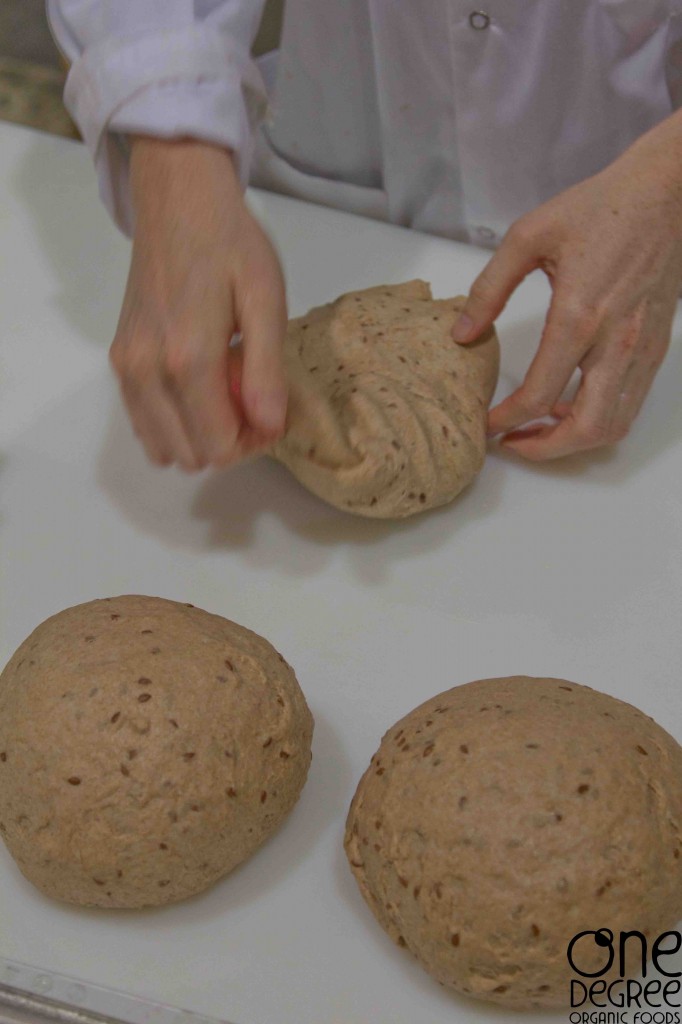 Perhaps surprisingly, One Degree’s dedication to transparency adds spice to the experience of composing flavorful new recipes. As part of the company’s media team, Sondra has visited each farm where the veganic grains were grown. She’s met the farmers, walked their land, and often dined with their families. She associates each ingredient, whether flax, wheat or raisins, with beautiful landscapes, tranquil fields, and farmers with incredible endurance of spirit. And as she bakes, she likes to tell some of these stories to her grandmother.

When you see the glossy green, blue or golden packages of One Degree bread in the market, the content label won’t say anything about all of the good feeling, inspired cooking and just plain fun that went into creating the loaves within. But very likely, those are the honestly-sourced ingredients you will savor the most.