The Window of the Day 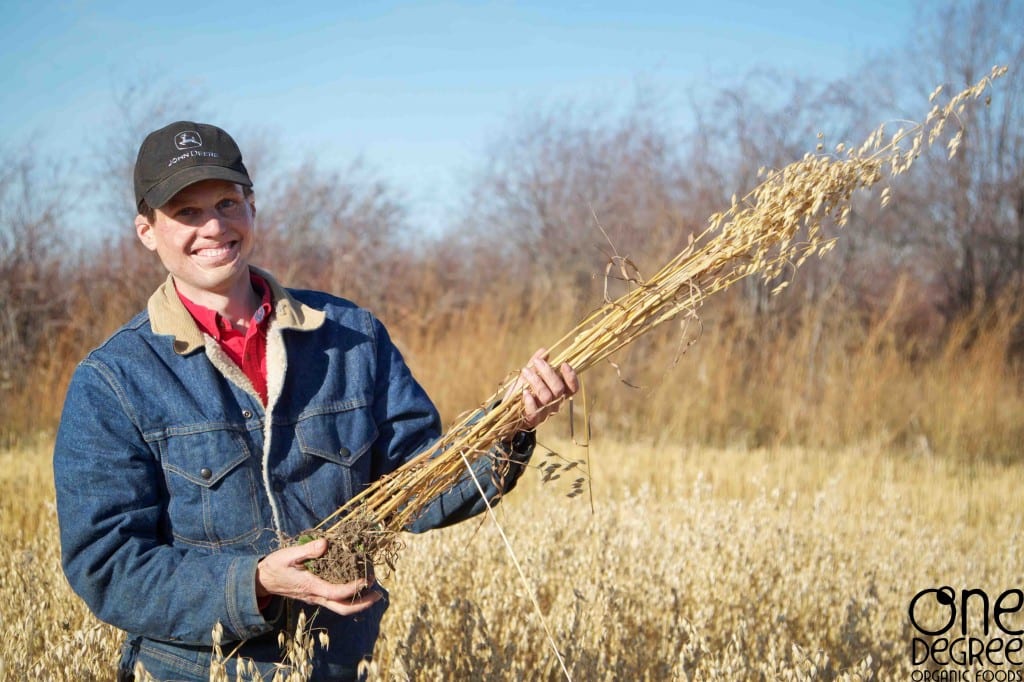 Farmer Jed Franklin pauses, rolling the question over in his mind, when asked what a typical day is like on his prosperous veganic farm in far north British Columbia.

“The typical day, I’ve never had one I don’t think. The typical day, something is usually broken by early afternoon. You have to figure out how to fix it, build a part or run to town for a bearing or whatever it might be. Yesterday I had to build a new control arm for the plow.”

Jed’s answer reflects his approach to farming: a resilient self-sufficiency that overcomes every challenge one hurdle at a time. To be a good farmer, you must also be a good mechanic, he believes. And, we would add, to be a really great farmer like Jed you need to be a man of solid character, with a strong work ethic and a deep personal faith.

Late last month we visited Jed and his wife Amber, and soon discovered we were meeting with the entire workforce. The two planted and harvested 500 bountiful acres themselves, aided by that temperamental machinery, and languidly cheered on by a black Lab named Shadow. The fruits of their tremendous labors are yielding high-quality veganic oats and flax for One Degree breads, flour and cereals. 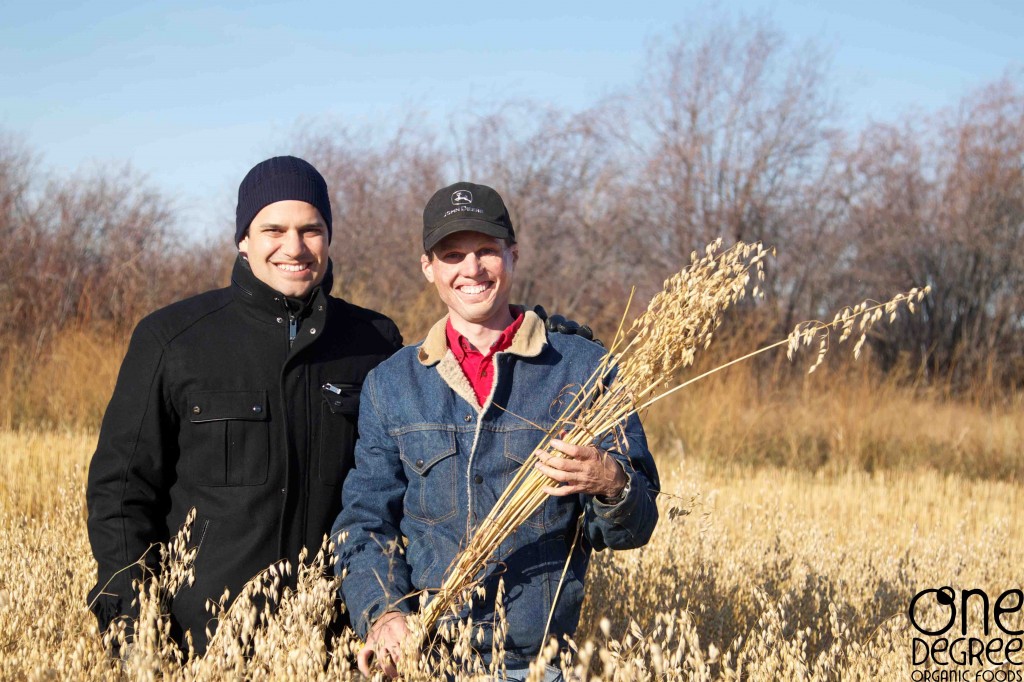 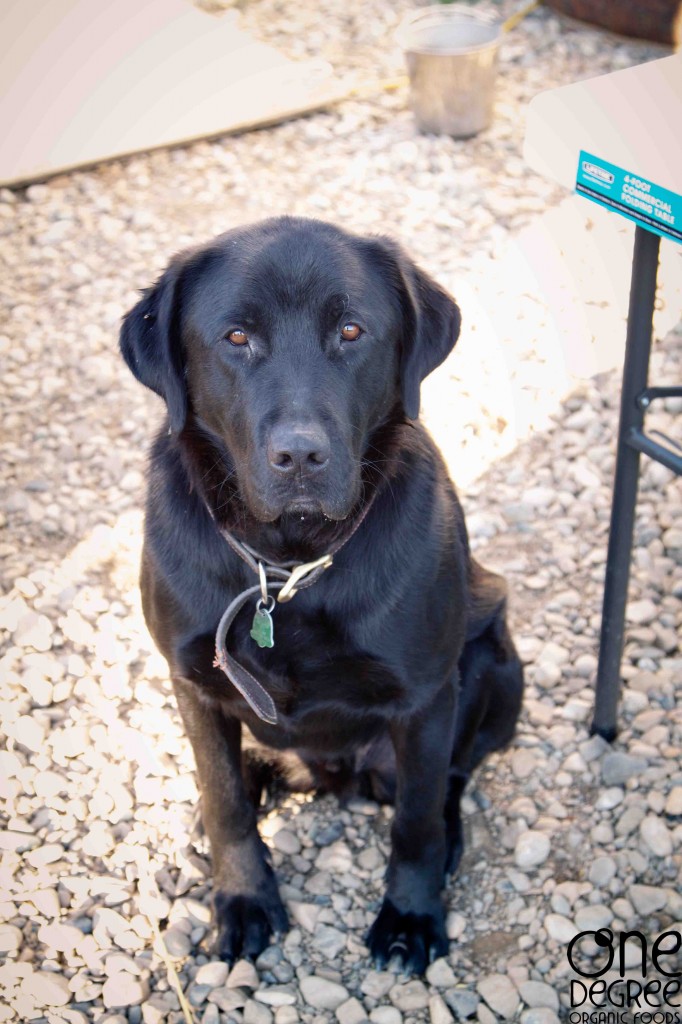 Amber and the couple’s two young children are the prime reasons why Jed farms organically. “We wanted to raise food to help feed the nation, and as healthfully as we could,” he explains. “My wife and I wanted to do it as a partnership, and now we have children too, and I was thinking, if I had her seeding with me would I want her filling the seeder with fertilizer that has toxic dust, or filling the ammonia tank or any one of these other toxic substances that are known to cause cancer and kill you early?”

His conscientious approach to the land has won admiration from the few neighbors Jed has. “One neighbor stopped by and said, you know, I know we do it a different way, but you’re doing it the way it should be done,” he says humbly.

Beyond feeding the nation, Jed sees a higher purpose for his farm. He vastly expanded his acreage five years ago with the goal of supporting the missionary work of his church. “We have kind of  a partnership agreement with the Lord,” he explains. “Whatever He pleases to yield for us, we’ve dedicated half of it to go into the Lord’s work, wherever He opens the door.”

Jed’s faith makes him a willing student of nature, which is an essential trait for any veganic farmer. Without animal inputs, the fields must be enriched by using smart farming techniques, including complex crop rotations and plowing down plants such as alfalfa and clover. He has discovered that legumes are an especially effective way to add nitrogen to the soil.

Geography gives him a real advantage, too. “The quality of the crops that come out of this area are really world renown,” he says. “Grain millers pay a premium for it. The oats are the plumpest, fullest and best looking that they can find from anywhere in North America. And our flax has the highest oil content per seed — they like the cool nights and long warm days.” 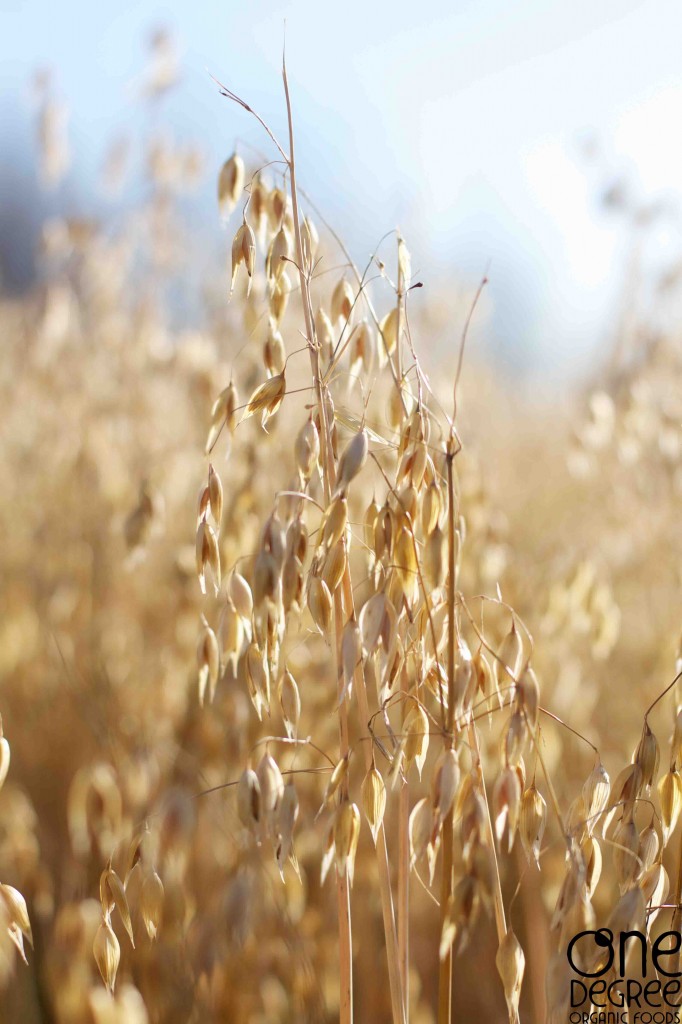 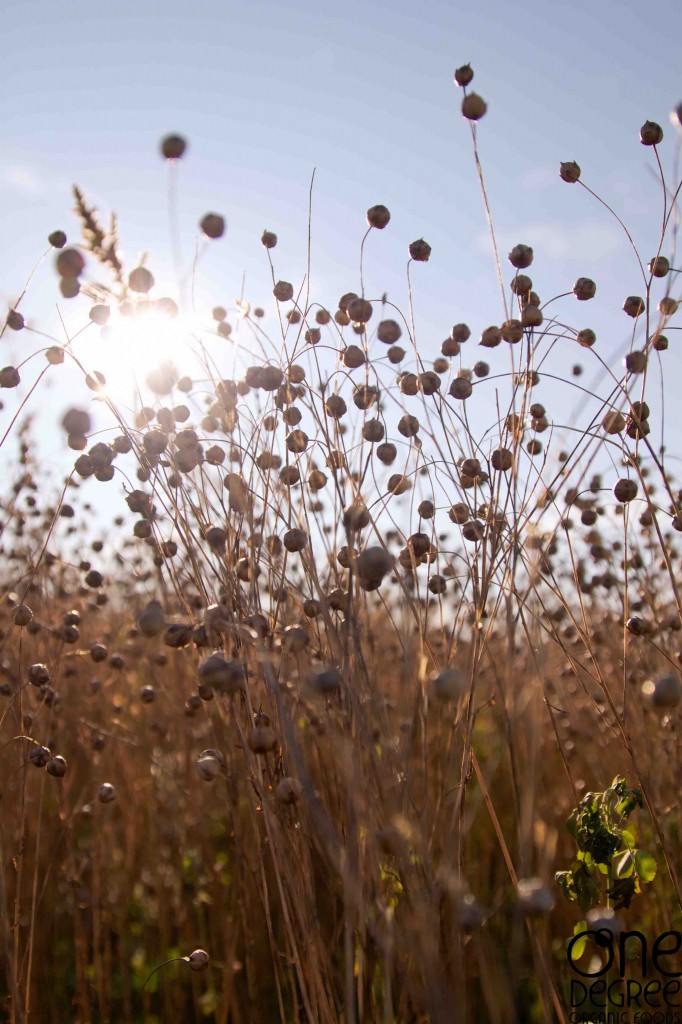 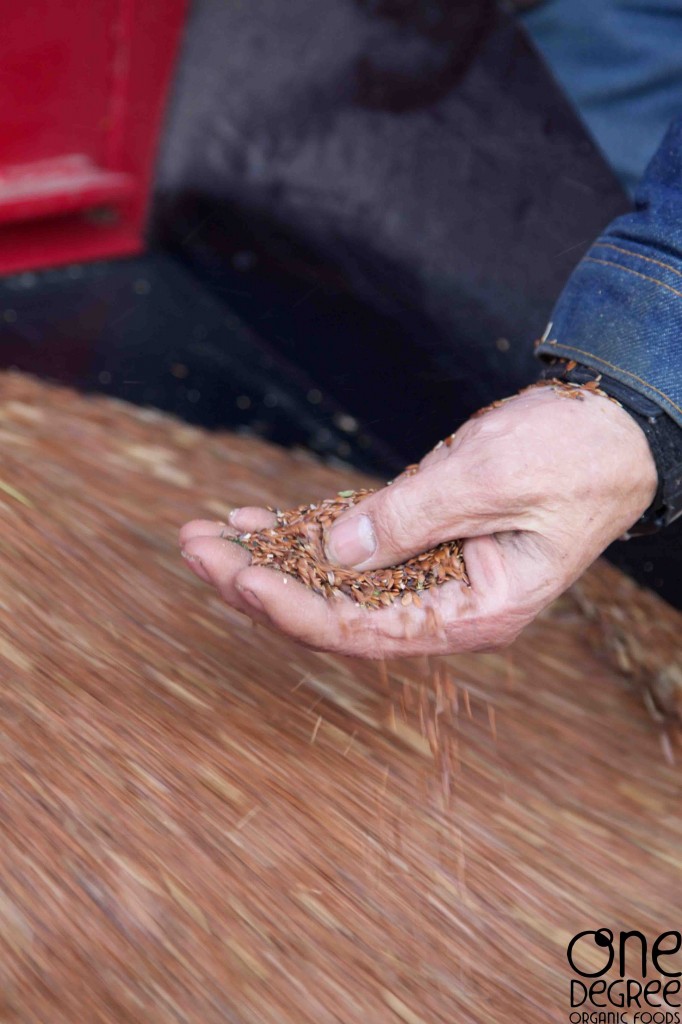 As much as Jed values the powerful nutritional value of his flax, what he loves most are its magnificent morning premieres. “It’s one of my favorite crops to see. It blooms a beautiful blue color, the whole field turns blue in the morning. It blooms by about eight o’clock and then by say one o’clock it sheds all its petals. There’s a window of the day when it’s just beautiful blue, and then it sheds the petals and the field turns back to green. And then the next morning a new set of flowers will bloom.”

For a farmer who never expects a typical day, this graceful constancy is a daily wonder to behold, the rhythm of nature’s own sublimely beautiful music. 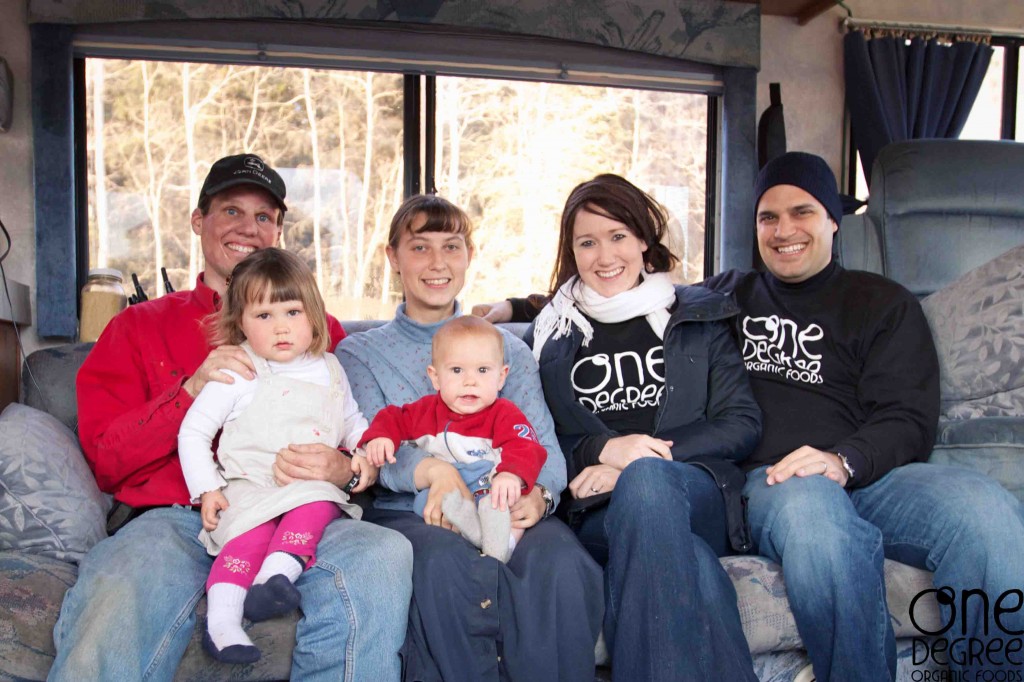