No Vine Before Its Time 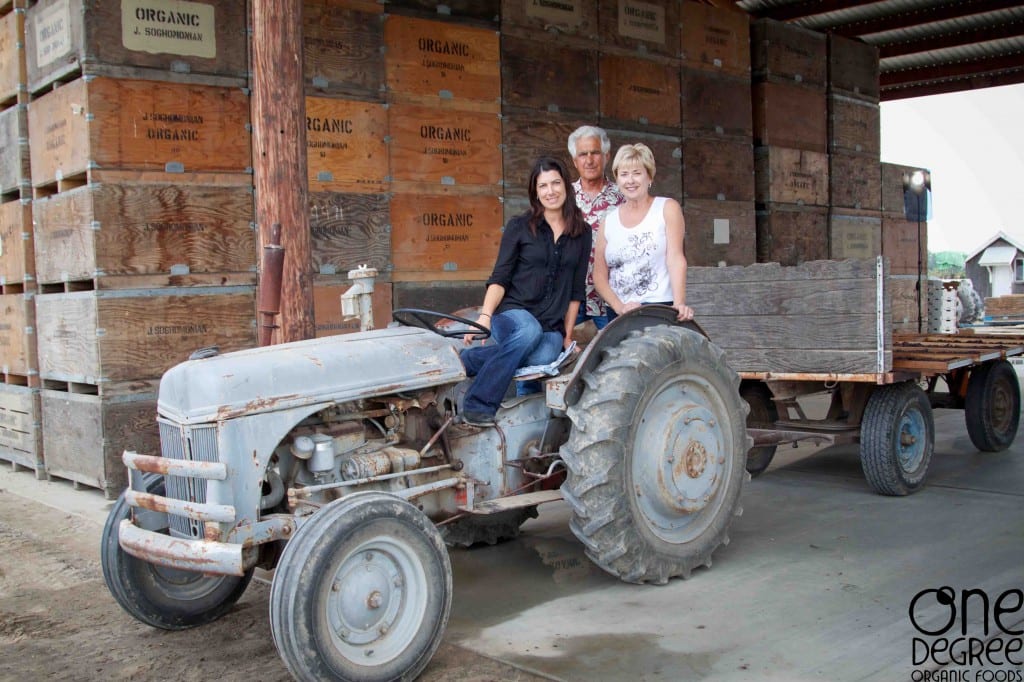 One Degree grains have a natural sweetness that isn’t entirely the result of their sunny dispositions.

The grains we use to make our breads, cereals and flour are sprouted, and that means nature has added its own spoonfuls of sweetness. When a grain begins to sprout, the plant releases natural sugars to sustain it during this period of active growth. At the same time, the plant is also releasing enzymes that simplify compounds (making the grain more easily digestible), along with a burst of nutrients and natural flavor.

Sometimes, though, the recipe calls for an extra dash of sweetness, and that’s how we found Natalie Soghomonian, manager of an organic vineyard just south of Fresno, California. Natalie is a third generation farmer; and, as the middle daughter of owners Joe and Johnni Soghomonian, is part inspiration for the farm’s famous Three Sisters label.

The Soghomonian farm grows a wide range of flavorful grapes. The family also reserves a portion of its acreage for the production of raisins, made from plump fresh grapes grown veganically. Based on the safe growing practices on the farm, the integrity of the family, and the nearly unimaginable flavor of the raisins, One Degree has chosen this select ingredient to sweeten a variety of our products.

Late last month we visited Natalie, her parents and the farm workers who are considered part of the family. Since she was a child, Natalie has always wanted to be a farmer. In college, classmates gave her the nickname “farm chick,” a moniker that’s made its way onto the license plate of her truck. Every day she tours the fields, often riding an old bike past rows of well-tended vines. 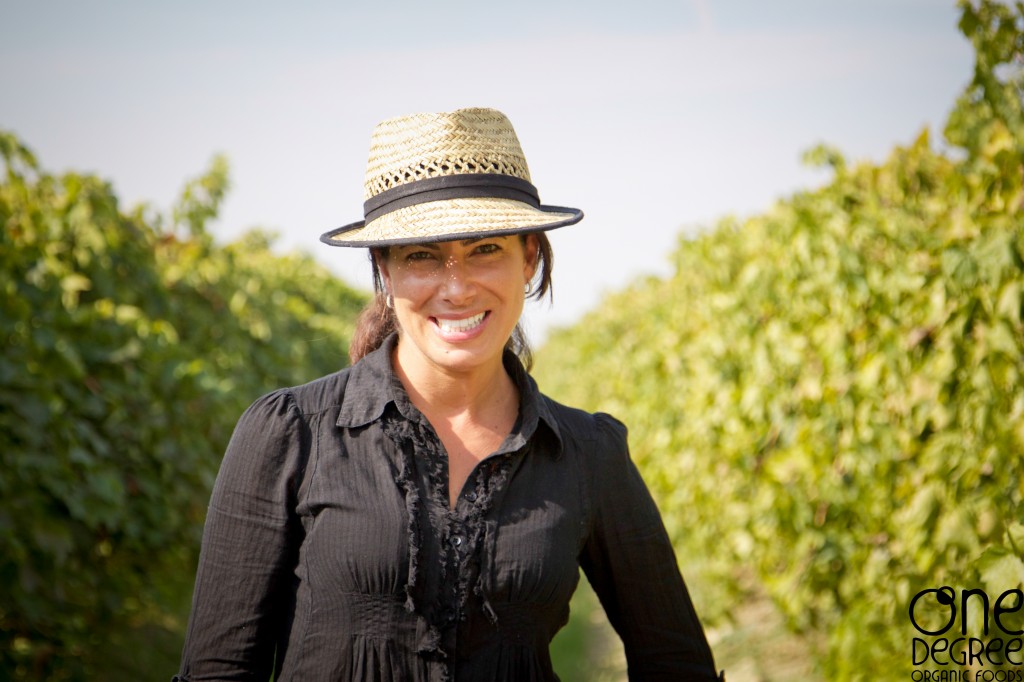 Natalie’s love of her land is reflected in a fierce devotion to quality. The grapes destined to become raisins are hand-picked, because machinery can “juice up the grape” and increase the likelihood of mold, she says. Natalie has also made it a priority to sell raisins directly to consumers and organic food companies, rather than to packers. “Packers mix it a lot, you don’t know where it goes. They will often mix it with lower quality raisins. You don’t know where your raisins go, the buyers don’t know where the raisin is coming from.” 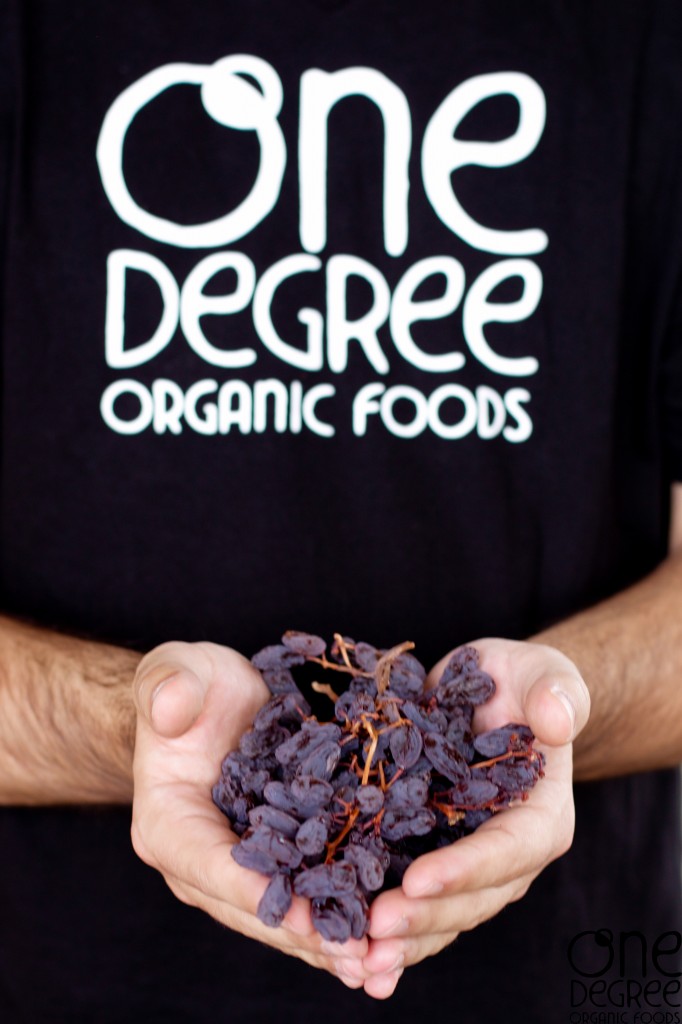 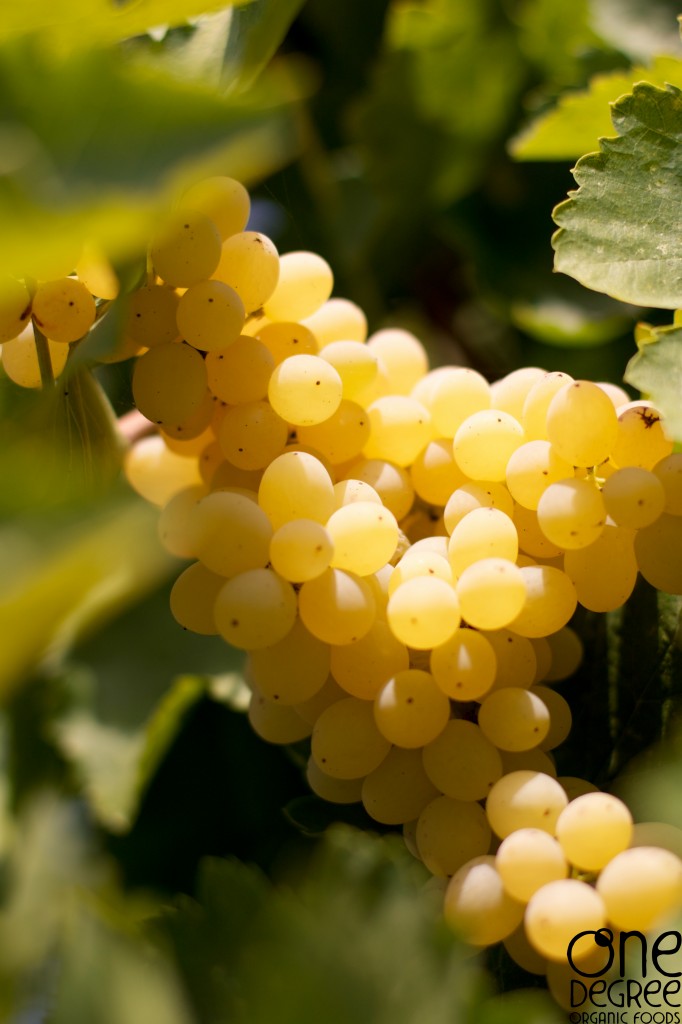 Her perspective on quality and transparency is a natural fit for One Degree. “When you purchase my raisins I know exactly which block they came from,” she says. Natalie is excited about the fact that consumers will be able scan the QR code on a One Degree package and see a video about her farm, featuring her own description of how, when and where the crop was grown. “That’s really great; I think that’s beautiful,” she told us. “I wish everything had that. That’s what I’m about too.”

We’re confident that our customers are going to enjoy getting to know Natalie and her irresistible raisins. And we’re gratified to know that the truth, transparency and sweetness of our veganic loaves are on the vine, in rows tapering through a rich organic landscape, somewhere south of Fresno. 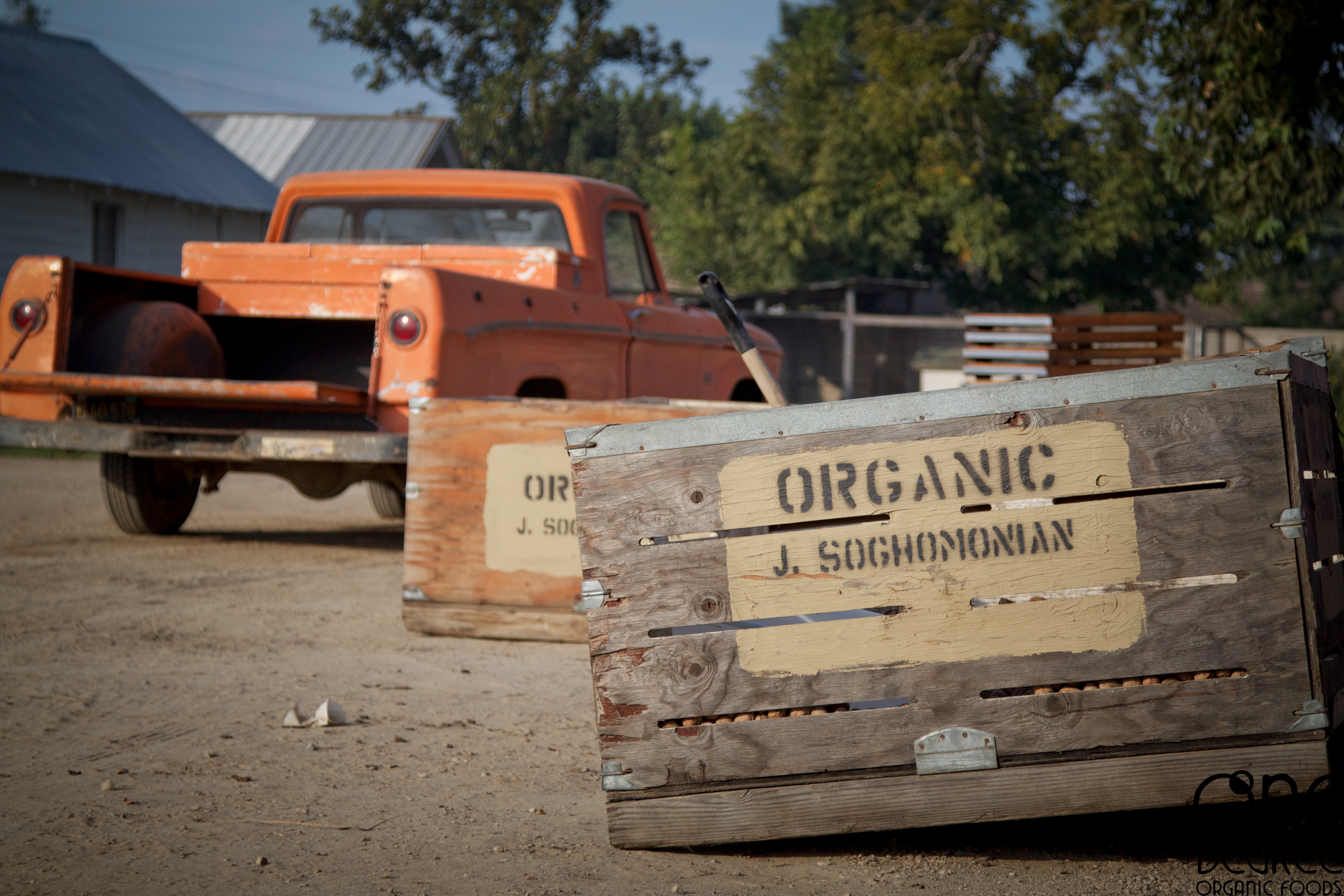