Veganic Wheat From Rich Land — and a Rich Family History 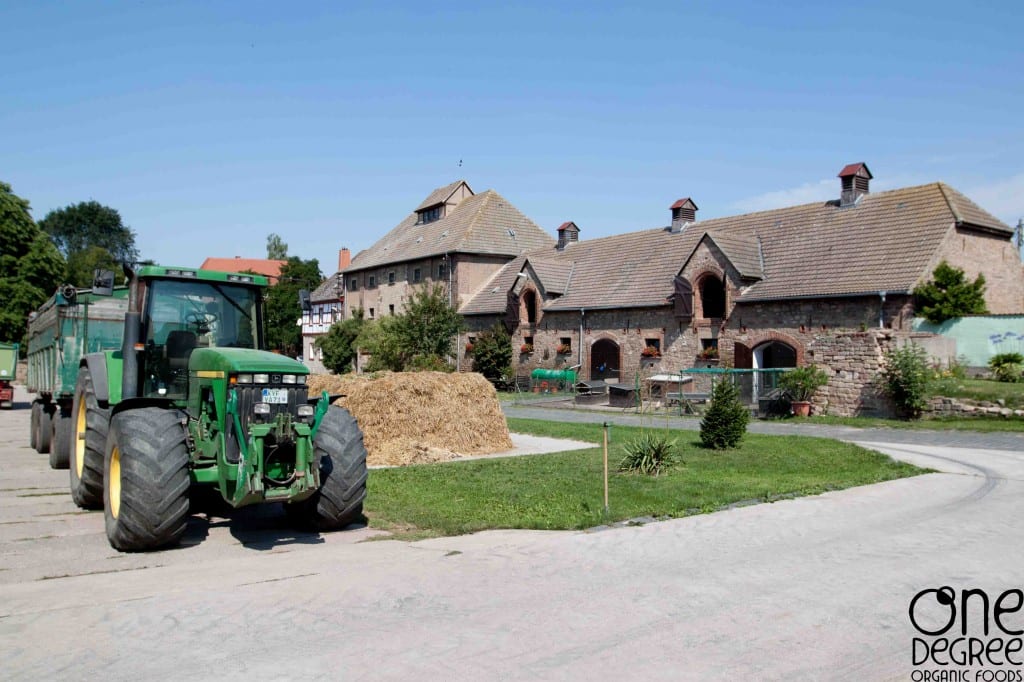 Our recent trip to Germany gave us a surprising perspective on the definition of a multi- generational farm, and what it means to be wholly devoted to the land.

Through Gotz Kroener, CEO of the Kroener-Staerke mill and our gracious host during our exploration of organic German farms, we were introduced to 78-year-old Georg von Bismarck, who over the past two decades was able to reclaim the farm that had been in his family for 600 years. 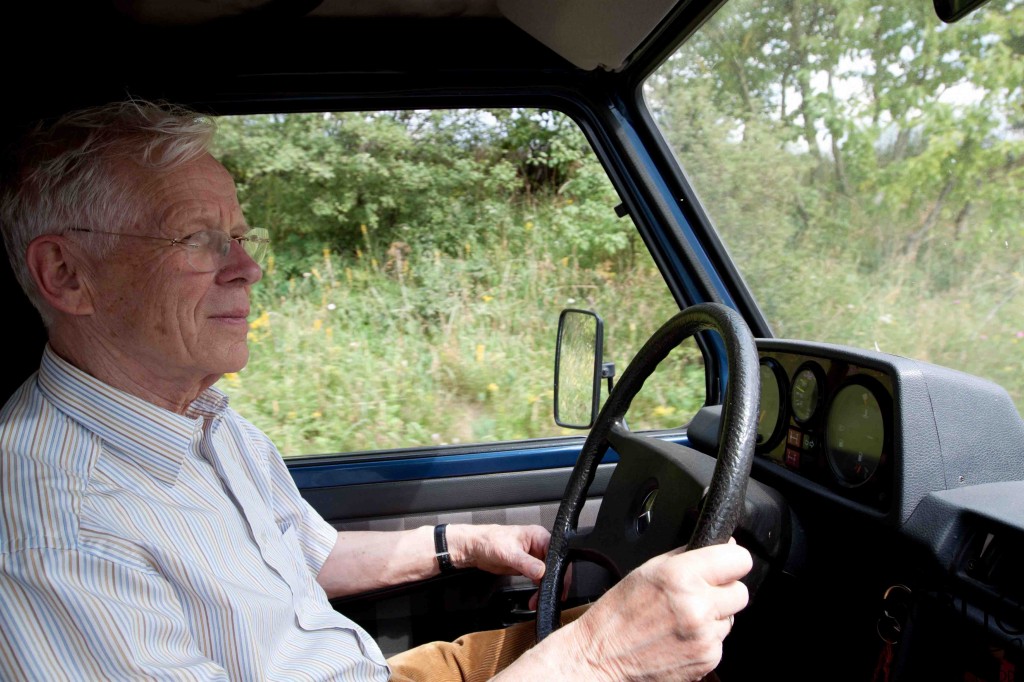 The traumatic events of 20th century history had broken the chain of ownership. As a young boy, he had fled Oldisleben in eastern Germany with his family to escape the Soviet occupation, and the farm became part of a communist agricultural collective. Georg grew up in western Germany, studying auto technology in school and ultimately working for many years at Mercedes Benz. But he never let go of the happy memories he had visiting his grandparents on the farm. 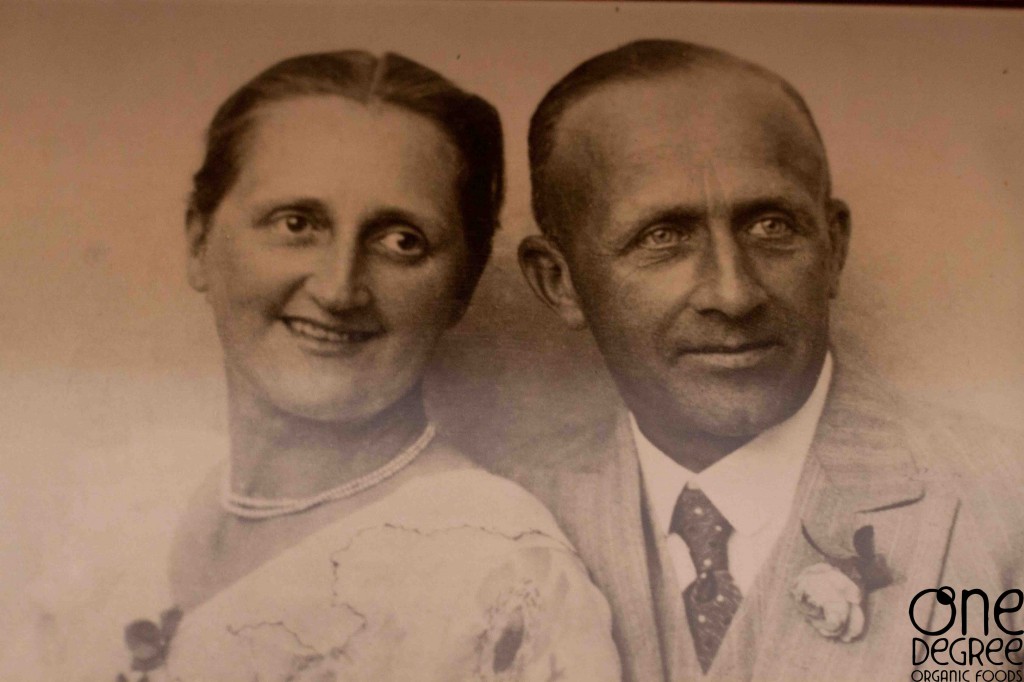 The crumbling on the communist regime gave him an unexpected chance not only to return to the land, and not only own it, but to farm it once again. Working with a vast government bureaucracy set up to manage the transition of agricultural lands back to private ownership, he began to lease parts of the acreage, and eventually buy back the farm.

Given all of this, to say Georg von Bismarck is proud to be a farmer would be an incredible understatement. When we met him and heard his story, we knew he would exceed our high standards in every way. Starting next harvest, Georg’s land will be supplying veganic wheat that the Kroener-Staerke mill will use to produce quality organic wheat gluten for One Degree products. You may say that a 600-year tradition of noble farming will be baked into every loaf. 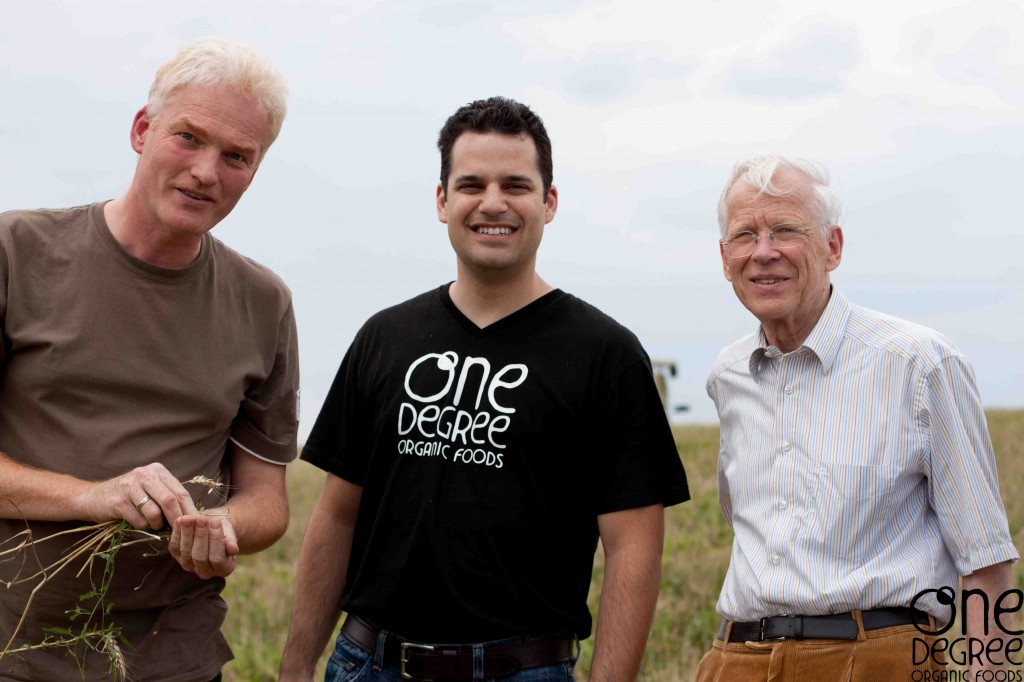 And if the name sounds a bit familiar, you’re right to sense there’s even more history rooted in this farm. Georg is a direct descendant of Otto von Bismarck, the Prussian leader who unified Germany in the nineteenth century.

He doesn’t share his ancestor’s aristocratic temperament, though. During the interview for our upcoming video, he charmed us by requesting we include his John Deere tractor in the background. He thought that might appeal to an American audience. And he took our company’s dedication to transparency one step further by inviting each consumer of One Degree bread to track his ingredient all the way to Oldisleben: “They are welcome to come and see it personally.”