From the Kroener-Staerke mill in Ibbenburen, Germany, Gotz Kroener, grandson of the company founder, works hard to include organic methods in his production, as well as help farmers in the surrounding region make the transition to veganic farming.

The result of his ingenuity is a rare ingredient that he calls Organic Vital Wheat Gluten. It’s one of the key elements which help define the One Degree brand — and make it so deliciously unique.

The One Degree team experienced firsthand Gotz’s devotion and generosity of spirit as we toured southern Germany last month in search of new sources of veganic ingredients. A busy CEO of a large and successful company, Gotz nevertheless spent two weeks of his time traveling with us, introducing us to veganic farmers, educating us, and even helping us survive the Autobahn.

Kroener-Staerke uses just two ingredients to produce its organic gluten: untreated wheat flour and pure well water. The process uses steam to refine the veganic flour. There are no additives of any kind. 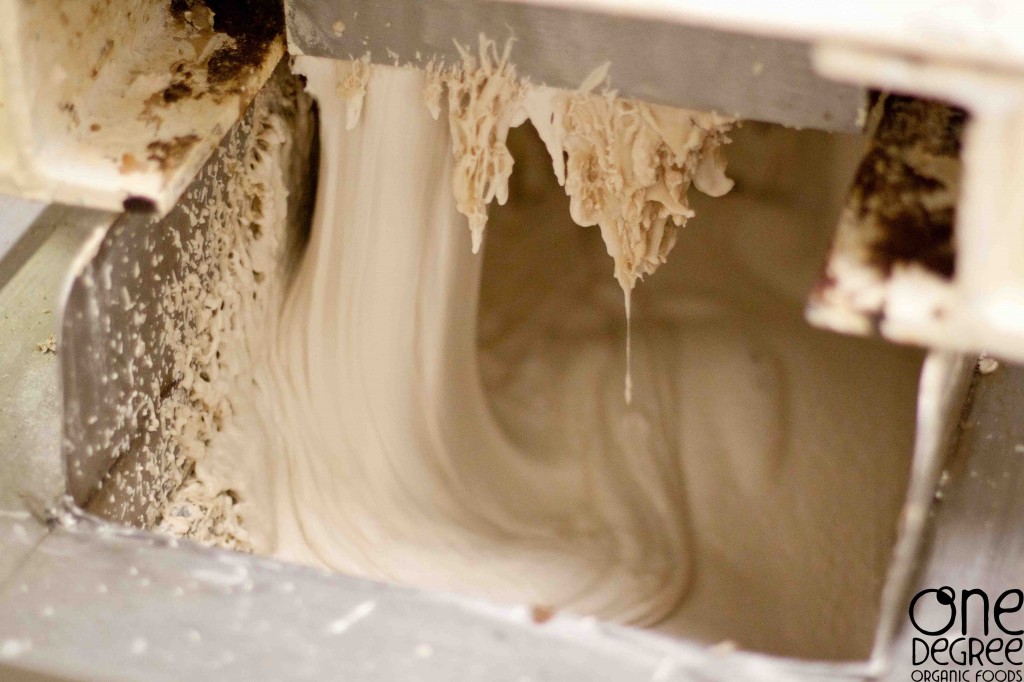 In addition to simplicity, the company also embraces another One Degree core principle: transparency.

“Let the consumer look at what you are doing, how you are working, what you are thinking, and what is your philosophy,” says Gotz.

His passion for agriculture is as strong as his devotion to transparency. Making the switch to organic and veganic is not easy for most farmers, and Gotz understands the challenges they will face. Gotz works closely with his suppliers to help them make this arduous transition, and he’s ready to become a reliable buyer for the wheat once it has met his high standards. 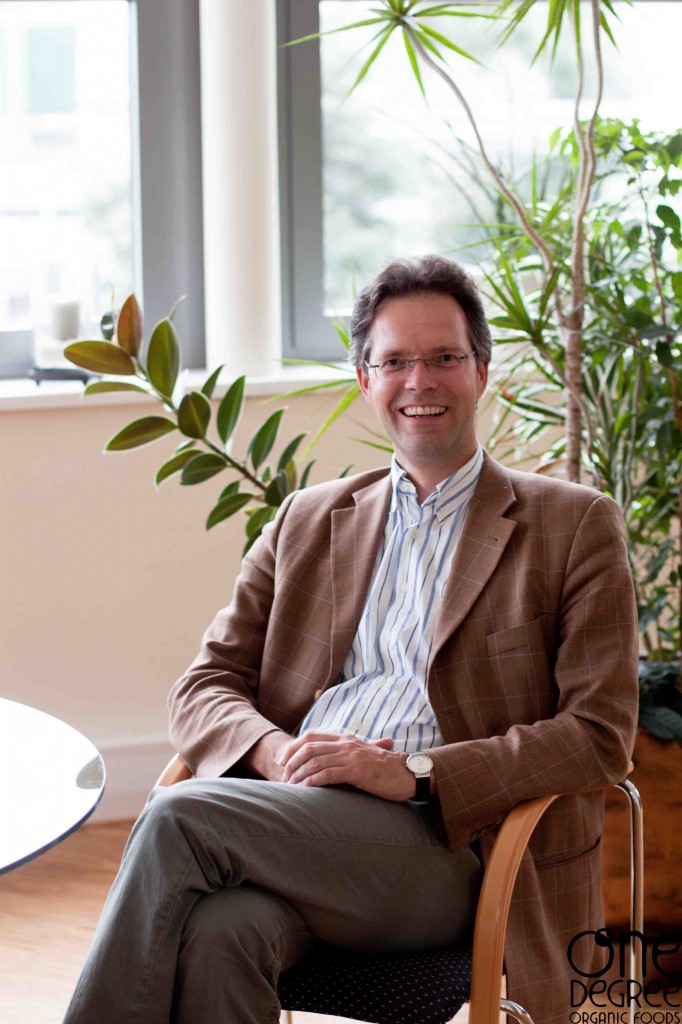 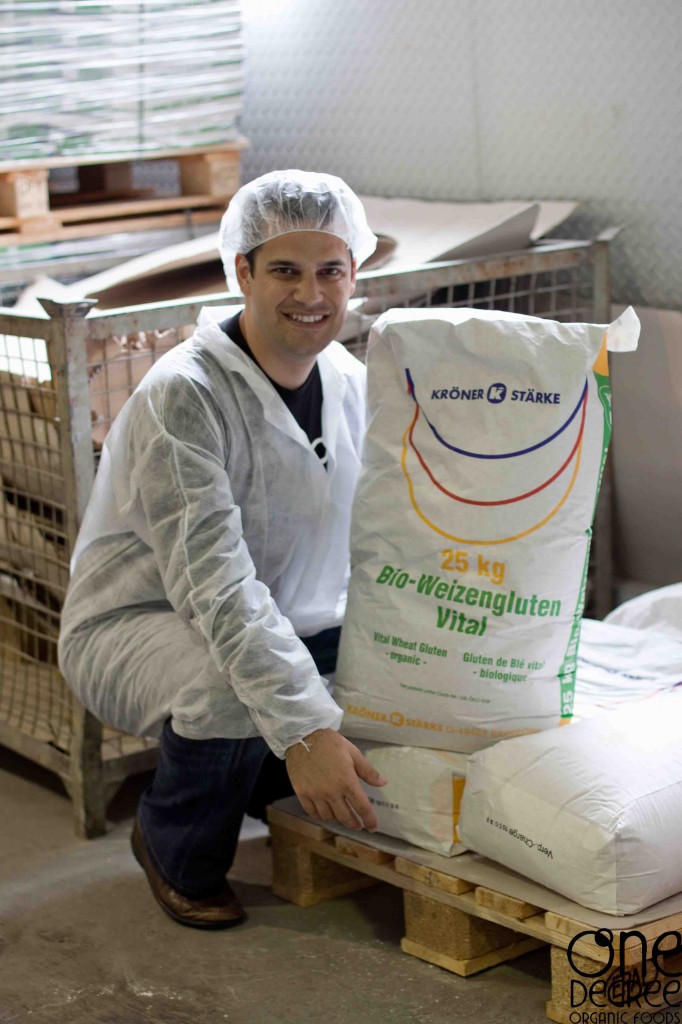 “Working organically, you do something for the next generation,” he says. “We are living on the earth; we are not owning it. We are just here as guests, and we have to leave it as healthy as possible.”

This same philosophy explains Kroener-Staerke’s commitment to green energy. The company operates a biofuel plant on-site, where wheat by-products are turned into methane, which in turn generates electricity for the machinery. At least in part, this highly efficient facility is a plant powered by plants.In the coming weeks, our media team will be producing a film and magazine profile based on our visit to Kroener-Staerke, providing even more insight into Gotz, his company and his refreshing commitment to honest, healthful food.