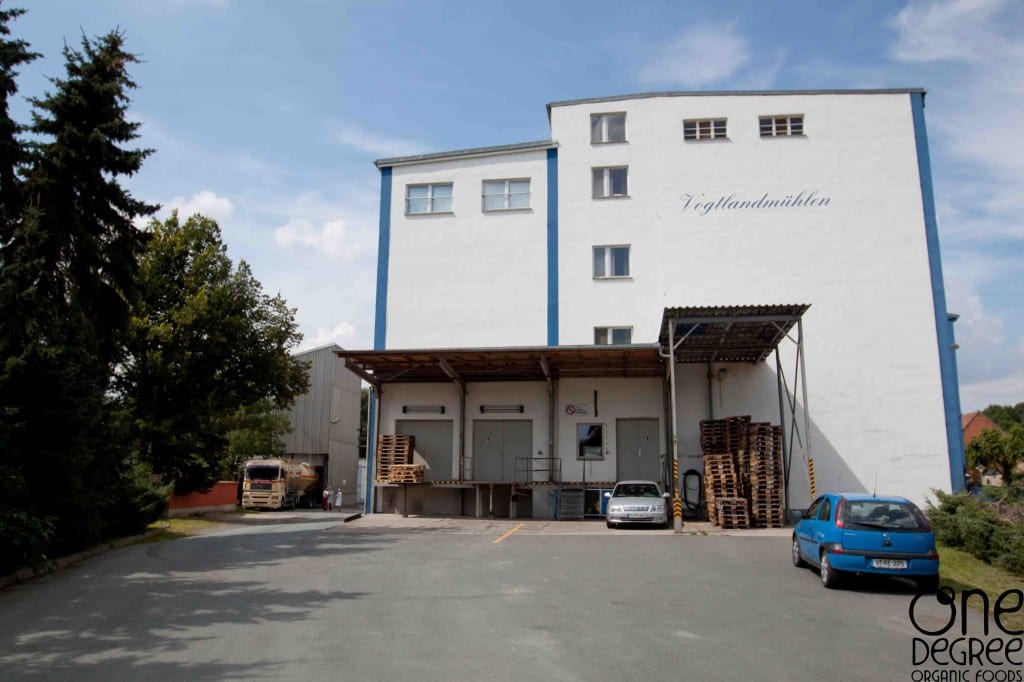 We returned from our tour of Germany with some great souvenirs: The most valuable were not Black Forest cuckoo clocks or even Bavarian snow globes, but rather memories of the veganic farms we discovered, the people we met and the understanding we gained.

And one of the most important things we began to understand was that in the regions we visited people take a broad view of what organic really is, and should be.

We saw this at an organic mill located in eastern Germany about an hour and a half outside Prague. There, Petra Gerber and her son Franz operate BioMill by BioMühlen Vogtland GmbH, a facility One Degree will be using to mill the veganic wheat from the Erl and von Bismarck farms before final processing at Kroener-Staerke.

The Gerbers believe that, “Organic is not just organic production, but also strengthening of regional economic cycles.” In simple terms that means that BioMill works closely with local farmers to support their organic production.

We had seen this comprehensive view before on our trip. During our visit with Kroener-Staerke, CEO Gotz Kroener had emphasized the importance of reassuring regional farmers that there will be a market for their crops if they decide to make the change to veganic cultivation. In his case, he is ready to make large-scale purchases of veganic wheat to be used in production of his organic vital wheat gluten. 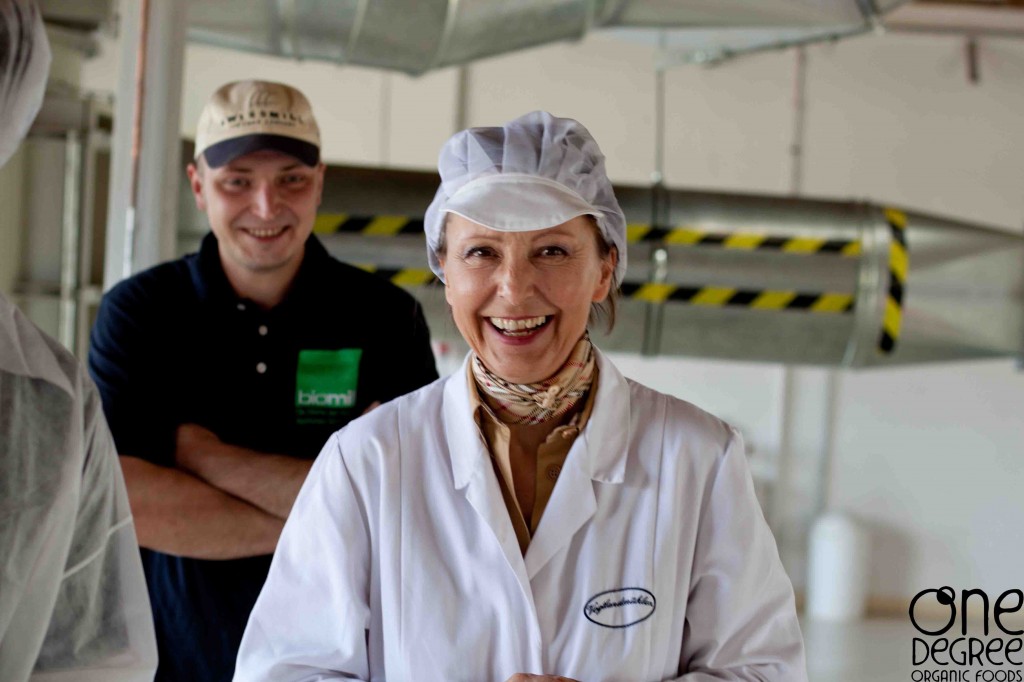 As with many of the farms and mills we visited, the roots of BioMill go deep. The mill was founded in the nineteenth century, and underwent the same collectivization that was forced upon other agricultural businesses in the eastern sector during communist rule. Once the Berlin Wall fell, the Gerbers, like many former owners, immediately made plans to return to their mill and reclaim their land. 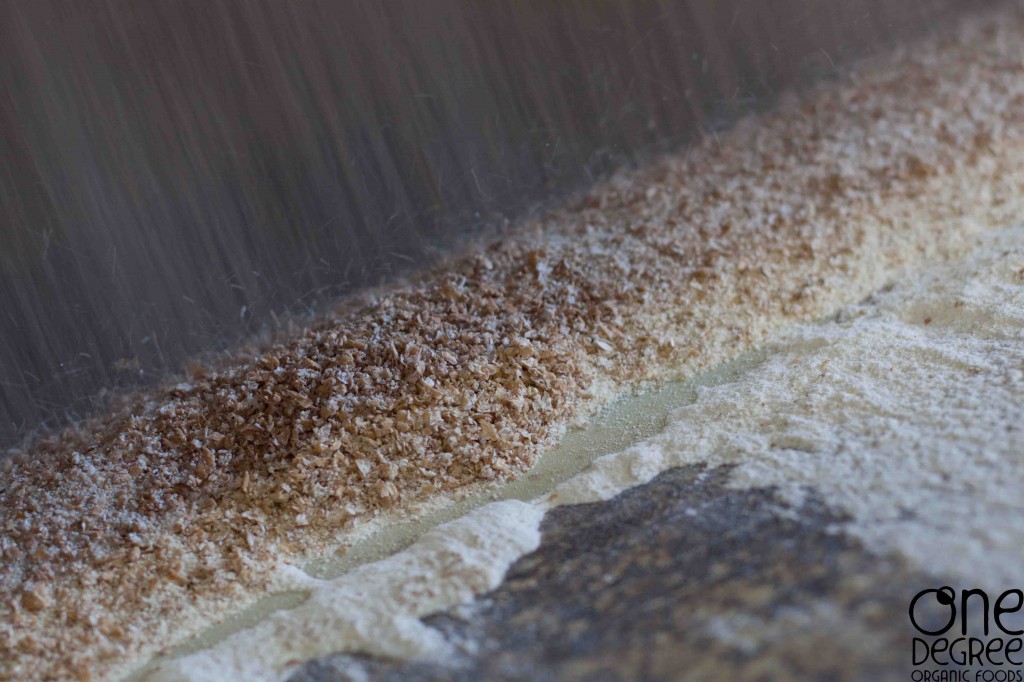 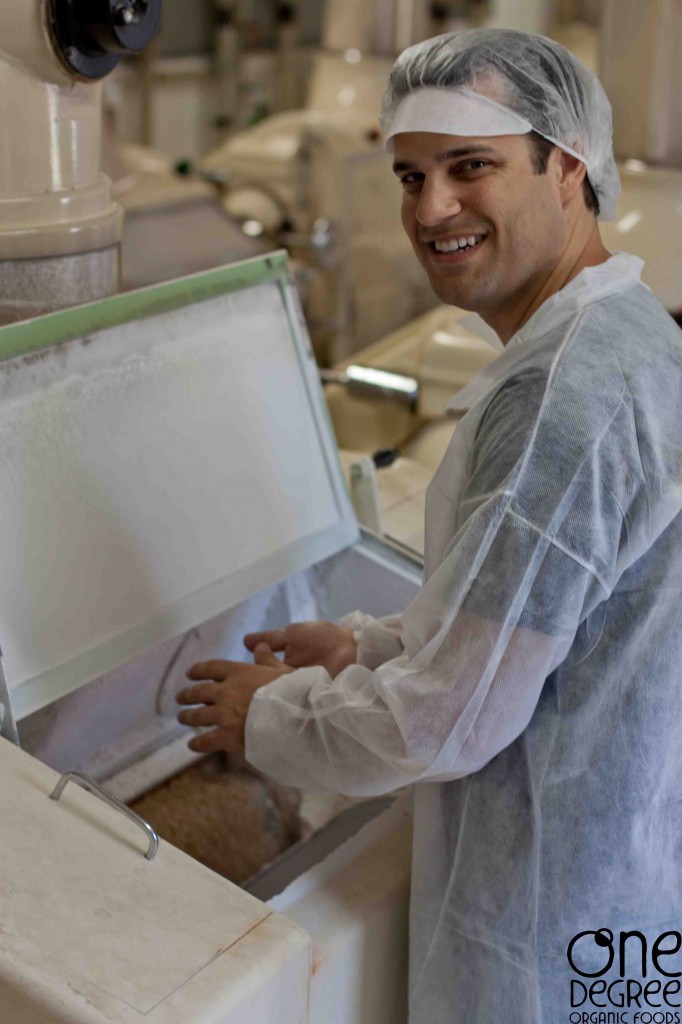 In addition to milling only organic grain, BioMill shares with One Degree an exceptional devotion to transparency. The mill provides a feature on its Web site that tracks the origin of all grain used in its milling process.

The fact that BioMill developed this feature independently puts a new twist on the old adage that great minds think alike: It seems that a deep commitment to veganic cultivation will lead conscientious producers and consumers alike down the same path. And we are very, very encouraged by that!